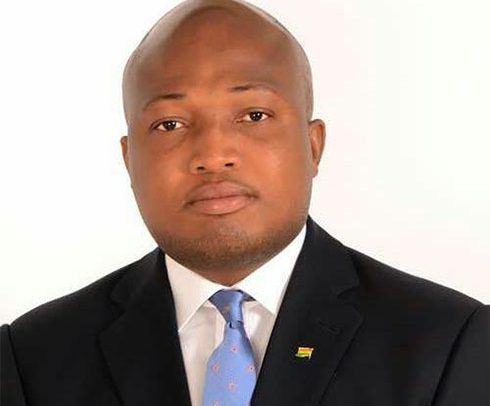 Samuel Okudzeto Ablakwa (Hon), the Member of Parliament for North Tongu Constituency in the Volta region has for the past few months been kicking against President Nana Akufo-Addo’s international travels.

He keeps scratching his bald head and would have ruffled his hair if he had any, but unfortunately, he has none, searching for authentic reasons why His Excellency the President, Nana Addo Dankwa Akufo-Addo, chooses to make his foreign trips aboard luxurious private aircraft rented at expensive costs to the nation.

On Thursday, 30 September 2021 morning, when he was granting an interview to Kwame Nkrumah Tikese or one of these mushroomed Ghanaian morning show radio presenters, he wondered why President Nana Akufo-Addo has cultivated a taste for the ostentation of the Arabian Sheiks by flying around in rented expensive private jets, instead of cheap ones befitting the status of a Third World country president?

Subsequently, he has promised to cause parliamentary investigations into the total cost of the president’s abnormally expensive foreign travels. He promised the radio presenter that he will not let it go without thorough parliamentary investigations to know exactly how much the president has spent on his foreign travels to finally disclose it to the suffering Ghanaian public.

In what may be, “you can run but you can’t hide”, he promised the nation that the president and the NPP government cannot get away with the opacity of the president’s most expensive foreign travels aboard private jets only worthy of the affluent Arabian sheiks and the world’s super-rich millionaires or billionaires but not a president of a struggling third world country beset with poverty, unemployment, malnourishment of the citizenry, armed robberies and devastating official corruption.

He is very passionate about weaning the president off what he, Okudzeto Ablakwa, terms as his excessive love of affluence in the midst of abject national poverty where the nation lives on borrowed money and or, at the mercy of foreign donors.

The vigor of his quest, coupled with the rigorous action he is taking will surely culminate in the president using far cheaper but safer private or commercial aircraft for his future official-cum-private foreign travels.

On the other hand, are the supposed expensive private aircraft he has become infatuated with as alleged by Okudzeto Ablakwa rented on the advice of National Security agents for his safety and security? Do the costs commensurate with the job he goes to the foreign lands to do and or, the benefits that accrue to Ghana from such travels?

Now, my argument is, if the nation is overflowing with unemployed youth, especially, unemployed graduates, lack of tarred roads, difficulty to resource the security forces appreciably and other such denigrating challenges hence the president must not travel on expensive private aircraft, when did Okudzeto Ablakwa become aware of the precarious state of Ghana? Is it just a few months ago and under the presidency of His Excellency Nana Addo Dankwa Akufo-Addo?

Was it all rosy under the presidency of former President John Dramani Mahama of the NDC government and party? Where all, or a majority of, Ghanaians, employed during his tenure of office? If yes, why was that job freeze in Ghana that culminated in the formation of the Unemployed Graduates Association in the country?

Why was Ghana placed under the International Monetary Fund (IMF), submitting rigorously to all her prescribed harsh economic conditionality clauses, to result not only in “dumsor” but expensive utility bill payments, freeze on public sector employment and non-repair but deterioration of the national road networks, just to mention a few?

The IMF fact sheet on conditionality states: “Conditionality is a way for the IMF to monitor that its loan is being used effectively in resolving the borrower’s economic difficulties so that the country will be able to repay promptly, and make the funds available to other members in need.” IMF (2005).

All the while that the nation was in the throes of the worst economy, the NDC government and party, and to be more precise, Samuel Okudzeto Ablakwa, were supportive of the corrupt practices being masterminded and spearheaded by not only the president but some of his appointees. Did we see Samuel Okudzeto Ablakwakick against those malpractices in the interest of the public to save the nation from the infliction of daylight robberies by government appointees and the president himself?

Does Okudzeto Ablakwa see it as proper and value for money, the sole-sourcing of the contract to construct the Accra Circle aka Accra Dubai interchange at Two hundred and sixty million American dollars (US$260,000,000) by President Mahama himself, or his colluding contract-awarding team? Was it legal, or in conformity with the procedural lawful practice to sole-source a government contract in the region of US$260 million? Did Okudzeto Ablakwa not small rat then but only today with the sitting president’s foreign travels?

Again, was it not this same baby with sharp teeth, Okudzeto Ablakwa, courtesy to the late former President Jerry John Rawlings, who schemed with a foreign company, probably Africa Automobile, to try to swindle Ghana of over one billion American dollars (US$1,000,000,000) in what they purported as a judgment debt in favor of the company?

Was he not vigorously arguing in favor of the company to take the money from Ghana in what clearly constituted a “create, loot, and share” where he probably personally stood to get a chunk or slice of it if the money had been paid?

Was everything perfect with Ghanaians in those days that he was executing his evil machinations bordering on get-rich-quick plans?

The little said about this baby with poisonous fangs, much the better.

I don’t like equalization to justify one wrongdoing over the other. However, I hate to see hypocrites, devil incarnates, opportunistically presenting themselves as saints. This is the character of Samuel Okudzeto Ablakwa hence my anger and the publication of this write-up.

Yes, if the president is ostentatiously spending the nation’s limited hard-earned currency without any consideration for the economic hardships confronting the nation and the people as alleged by Okudzeto Ablakwa, then the president must be reprimanded and investigated accordingly as called for by the Member of Parliament. However, to try to shield the more serious malpractices by the NDC, former President Mahama and himself constitute the highest hypocrisy unimaginable.

I am against all levels and manners of official corruption and wastefulness of national resources by whomever.

Lest I forget, President Nana Akufo-Addo has constructed or is constructing four more complex and better interchanges in Ghana than the Circle interchange. He is paying a total of US$280 million for the four. Had Okudzeto Ablakwa ever questioned himself to know why former President Mahama spent US$260 million on only one and less complex interchange? President Nana Akufo-Addo submitted three out of the four contracts to public tendering except one for the reason that the contracting company was bringing in their own materials and money.

Each Ghanaian parliamentarian is on about Ghs12,500 a month, receives about Ghs50,000 four-yearly advance bulk-payment of housing benefit, Ghs250,000 to Ghs400,000 four-yearly parliamentary term ex-gratia, and now US$100,00 four-yearly car grant and loan. Nevertheless, many are the unemployed graduates in Ghana with those fortunate enough to get employment earning paltry Ghs700 monthly salary or wages. What a huge nonsensical difference it is!

Upon all the numerous benefits these parliamentarians get, they think they are not well-paid hence always wanting more. Does Okudzeto Ablakwa see this as proper without requiring any public scrutiny and investigation?