The Tattletale Of Embraer 190, Ford Expedition And Airbus 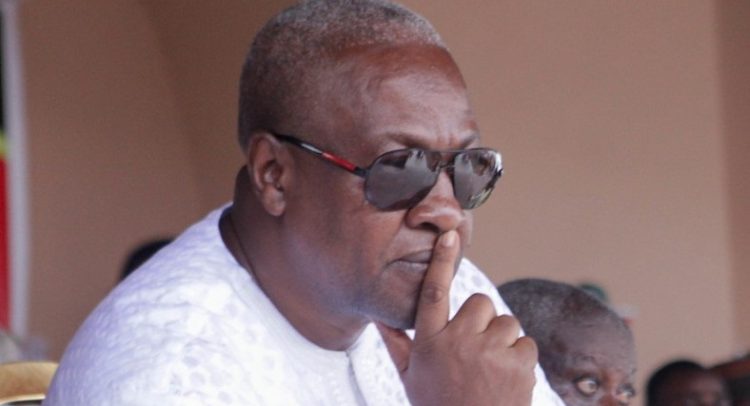 Since we started this our 4th Republican journey, no president has been engulfed in perceived corruption than Mr. John Dramani Mahama. What is hidden will continue to be hidden, but what has come out speaks volumes of a man bathed with perceived corruption tag. That is why they say when God picks a stone, He takes time to throw it.

It started with the Embraer 190 airplane saga.  The late President Atta Mills commissioned his vice-president in the person of Mr. John Mahama to negotiate for the purchase of an Embraer 190 jet for Ghana.  It came out that some fishy deals went on in the course of the deal.  The late President Mills set up a three-member committee to investigate the matter even though it involved his own vice-president.  Before the three-member committee could go into the matter, pressure was brought to bear on the good old incorruptible professor to drop the case because it could dent the image of the party which was in power. Members of the committee are still living and kicking, but sadly they have kept quiet and have refused to come out to tell Ghanaians the truth of the matter. And they call themselves gentlemen!

Then came the damning Kananzoe Ford Expedition scandal. That was the most perceived corruption case that ever happened to any president in Ghana.  Somebody introduced Mr. Kananzoe, a Burkinabe contractor, to Mr. Mahama and the two fell head over heels in love. The smarter Kananzoe lobbied and had a juicy road contract in Ghana. One day, Mr. Mahama visited the site of the road construction and seized the opportunity to admonish Ghanaian contractors to emulate the good work done by Kananzoe.  That was when Mr. Kananzoe had the idea that he could win more contracts in Ghana.  Mr. Kananzoe the smart businessman imported a brand new Ford Expedition car into Ghana, drove the vehicle to Burkina Faso and presented it to the ambassador of Ghana to Burkina Faso to be given to Mr. Mahama in Ghana as a gift. An inquisitive journalist blew the alarm and the whole deal went public.  When Mr. Mahama sensed that the issue was going to be a disgrace to him, he defended himself by telling Ghanaians that the car was meant for the car pool of the Jubilee House.

Ghanaians were not convinced because if, indeed, the car was meant for the car pool, why did the man clear the car from the Tema Harbour, drove it to Burkina Faso and thereafter presented it to the ambassador to be given to Mr. Mahama. When the kitchen became hot, the matter was referred to the Commissioner of Human Rights & Administrative Justice.  Mr. Mahama was left off the hook and Ghanaians thought he will learn a lesson from that episode.

Enter the mother of all perceived corruption. In his lust to acquire more wealth as a president, Mr. Mahama gave way for fear of God to desert him one more time when it came to the purchase of a military aircraft from Airbus.  A court in the UK ruled that in the course of the negotiation of the purchase of the aircraft, some deal went on involving a certain person described as ‘Government Official 1’ from Ghana. Even though Mr. Mahama’s name was not mentioned in the ruling, communicators, led by inexperienced and vociferous Sammy Gyamfi went to town to defend their boss.

It was my late old father who told us a story of the gorilla and the carving of a drum.  He said one day all the animals in the bush met to decide how to carve and drum so that in the evening when they are doing nothing, they could beat the drum, sing and dance to release tension.  The following day, they went into the forest to carve the drum and after they had carved the drum, the rabbit stood up to announce that the ugliest among them will be the one who will carry the drum home.  Even though the rabbit did not mention the name of the gorilla, he stood up to tell all the animals the following: “As for me, I will not carry any drum oo!” That is why the Akans say a person who eats the head of a monkey always dreams of it.

Listening to Sammy Gyamfi during one of his numerous and useless press conferences, I laughed. In his attempt to distant Mr. Mahama from the Airbus deal, he rather pushed the man deeper into the trench. In fact, he exposed his infantile disorders.  This boy was not born when Nana Akufo-Addo was practising law, yet he acts as if he is one of the legal luminaries in this country. Looking at the faces of elderly and knowledgeable gentlemen of the NDC sitting behind Sammy Gyamfi, I wondered whether they knew that the boy was making things worse for Mr. Mahama.

A journalist once asked Nana Akufo-Addo whether he had been corrupt before and listen to his answer, “I have said on several occasions that I am not corrupt, I have never been corrupt and I will never be corrupt.  I have never taken any bribe to give anyone any contract.” Then another journalist asked Mr. Mahama whether he has been corrupt before and listen to him, “You mean as a human being or president.” From this answer, it stands to reason that Mr. Mahama has been corrupt as a president or a human being.  That is how God exposes a liar.