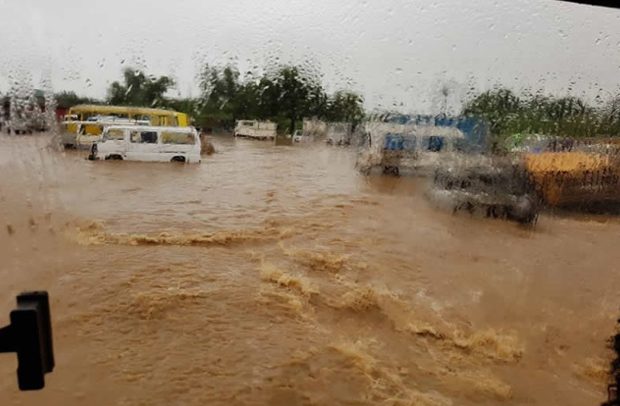 The authorities have procrastinated many an opportunity to respond effectively to the devastating effects of deluges in Accra.

There have been countless downpours, with some leaving bitter tastes in our palates and in worst case scenarios claiming lives.

There have been equally countless write-ups on the subject but none has moved officialdom to take effective actions to save lives and properties.

While some of the destructions and even deaths have been occasioned by indiscipline on the part of residents, others are attributable to the non-enforcement shortcomings of state agents charged with such responsibilities. Even when actions are taken against those who undertake illegal constructions which obstruct the movement of rainwater during deluges, nothing eventually happens by way of punishment or even demolitions.

Calls are made on behalf of defaulters and soon the illegalities are overlooked as though they are legal. This feature of our management of our cities has been with us for too long and the effects not far-fetched.

The fear of ‘refusing to vote for us’ when elections are due is harming us tremendously. But who would start the revolution first? We wonder such changes in attitude would come about during our generation.

Be it as it may, we would continue to lament our poor attitude and hope that perhaps there could be a miracle and overnight things would change.

While we appear to have given up on the enforcement sphere of addressing the perennial flooding, the other big one is engineering.

Even when we manage to push the residents to change their attitude towards the environment overnight by, among other things, lessening the use of plastics and not throwing same into the inadequate drainage systems, we would be left with the big one: engineering of the drainage system.

Over the years, successive governments have spoken about addressing the inadequacy of the drainage system in Accra. Sometimes, especially in the aftermath of a major disaster as it happened near Circle, when the city experienced its rain and fire incident, a certain urgency was attached to a promised project to address the poor drainage system. Of course, nothing phenomenal happened and cynics only presented snide smiles.

The poor drainage system in Accra is household knowledge and it is the reason why the low-lying city suffers perennial flooding with devastating effects.

The Accra floods and the world at large have worsened in recent times, and experts attribute the occurrence to the climate change phenomenon afflicting the world.

The flooding in some parts of the city not prone to this anomaly witnessed a few days ago speaks volumes about what awaits us if officialdom does not respond appropriately.

Thankfully cabinet, we have been told, has approved $200m facility for the drainage of the nation’s capital among other upgrading projects.

Accra deserves better than floods even after a thirty-minute downpour. It is our hope that the subject will be visited by the urgency it needs so that floods will become a thing of the past as much as possible.

When there is a downpour, the scavenger bird, the vulture, resolves to put up a better structure to obviate the inconveniences next time. The resolutions are never carried out. We hope this would not be a vulture promise.

I Was Hired To Smoke Wee At Obofour Miracle Service

Ursula Please Stay In Focus! They Want To Game You!