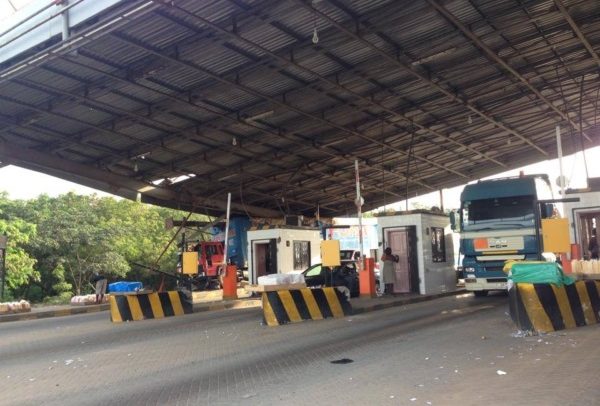 “…Have a strong sense of responsibility; be professional in the execution of your duties; be unbiased and firm; don’t cover wrong-doing; don’t defend the indefensible; serve if you want to rule…”

Cum incipio (Latin: to begin with) or to be a student of Owusu Aduomi’s Hello FM, Kumasi, we would say: “Pour commencer… Or “Au commencement” or “D’abord…, et cetera but a caveat (a condition or limitation). This is not a full-blown lecture on Latin, French, Greek or any other language, but a slice of the intricacies of grammar in a language: case, number, gender (noun); nominative (subject), genitive (possessive ‘of’), dative (indirect object ‘to’), accusative (direct object), ablative (means, manner, place), vocative (direct address). Declension (conjugation: amo (I love), amas (you love), amat (he/ she love). It is only a discussion on one aspect of the Finance Minister’s 2022 budget address that catches our fancy.

A day after the announcement was made we set on our way to Justice Baptist Kwadwo Filson’s court in Bibiani. On reaching Adiembra, the toll – booth was closed and there was a free flow of traffic. You could read the gloomy faces of people who sold fried yams, ice water, (and other drinkables), gums (and other confectionary including sweet-bad) and bread, et cetera. In the past, a motorist would spend at least 3 to 5 minutes in the queue to wait for those ahead to be given the green light first.

Andwe passed by Nkroma, which had the Roman Catholic Primary and Middle schools where we had taught after completing Akrokerri Training College in 1972 – and we remembered our heyday (NOT: heydays BUT halcyon days) there, and our next- door neighbour in a room without a ceiling shouting “Na ensoeben” when our bed which could not contain “two persons “broke at a particular time in the night. Professor Agyekum would not think he is the only person in the “joromi fraternity.” We had done pupil – teaching at Anyinasu Michael Yaw Nsiah’s (MD- Miklin Hotel) home-town as far back as 1962, done a stint at Ejura with the crowning moment of 17-year old pupil-teacher headteacher at Babaso L.A. Primary School.

Immediately the Budget dubbed.” Building a Sustainable Entrepreneurial Nation was read the Road Ministry instructed all toll booths to cease collecting tolls. We thought all motorists would shout:        Halleluiah! Hallelujah! Hallelujah! and sing Handel’s Halleluiah Chorus. At par 306, Mr. Ken Ofori-Attah had stated “To address these challenges, Government will zero – rate tolls on all public roads and bridges. This takes effect immediately the Budget is approved. The tolling points will be removed and the toll collection personnel reassigned.” The time wasted in remaining in a long queue at say Tema, Kasoa, Adnoi Bridge, Fosu, Adiembra… the pollution at the area with putrid emissions, the absence of basic sanitary facilities, the risk of getting knocked down by vehicles (like the one at Tema in July this year…) all would be part of road-history in Ghana.

The announcement by the Roads Ministry attracted the ire of the Speaker of Parliament who bellowed. “Until the 2022 budget is approved, all that is contained in it are proposals. We have the authority to approve it and until it has been approved, nobody has the authority to start implementing something that does not exist. It amounts to disrespect (this time NOT: contempt) of Parliament. The Minister of Roads and Highways might have misunderstood or misapplied the law, so it is for us to draw his attention and tell him that he has no such authority. The law we have now has imposed the fees that we have been collecting. And so I want to clearly direct that what the minister has released is completely “Brutumfulmen” it means it is an empty boast. It has no effect.”

“BrutumFulmen” whose plural is “Brutafulmina “means exactly what the Speaker stated except to add that “empty threat” is as good as “empty boast”. Black’s Law Dictionary defines “Brutumfulmen” as “inert thunder” (1) an empty noise, an empty threat, something ineffectual (2) a judgment void in its face, one that is in legal effect, no judgment at all”. Mr. Speaker: “excellens”, “praedus” “exemius”, praesians”, praestabilis”, palmaris”, “splendid”, “superbus”, “laudatus”. And the No. 3 man throws in a jab at Ho: “Let me re-emphasize that the 8th Parliament is properly positioned not to allow itself to be bullied into playing second fiddle to the executive. Parliament can remove His Excellency the President. His Excellency cannot do that to Parliament. As Speaker, His Excellency cannot remove me but I can through Parliament get him removed.” Hail him, King of Kings (Negus Nagusta)! Someone shouts: “Yawu” (We are dead)!

Professor Simon Mariwah sees four (4) points in the economic costs of the toll- free policy, and these are: wasted investment in toll- booth infrastructure: loss of employment for the collectors at the toll- booths: loss of employment and loss of income from the tolls. Some people argue that all these points constitute an “argumentum ad populum” (appeal to the people). The physically challenged – collectors appear not to be enthused by the decision of the Road Ministry. They, who got recruited out of the concern for their plight, wore red bands to demonstrate against the cessation of the road toll collection. Further incensed by the fact that their 2–month salary was still outstanding. A woman toll collector lamented on an “argumentum ad hominem” ground for losing a job which fed her, her nine children and her sick husband. And “No hawking in this area”; “No loitering” mean what? Some pray urging the authorities to site police posts at these points just to get their bread buttered. Another female toll – collector was strident”: What does the government want us to do – to go and steal or to do prostitution? We know what to do when the election day comes.”

But some people asked: why toll booth at all? A total of GH¢78million. All of Ghana’s budgets have stressed the need to expand the tax base, but, admittedly, few people will readily walk to the tax office to pay taxes- that is, unless compelled.

Kofi Danquah in “Indirect Taxation” states under “Practicality of the Tax”: “From the administrative standpoint, many taxes are admirable in theory but quite unworkable in practice. Factors to be considered in this angle include: The degree of civic morality of the taxpayer: the efficiency and integrity of the tax officials; possible practical opposition; difficulty in definition of assessment; scope of exemption; possibility of evasion, both legal and illegal; effect of the law of diminishing returns on revenues on revenue taxes.” The “Electronic Transaction Levy or E- Levy” is believed to be the “game-changer” – a way to raise high revenue and also to expand the tax base, compared with only 2,364,348 who currently bear “the burden of the entire population on tax payers……”

Professor Atukwei Okai, our Russian Literature lecturer remarked that he wrote Logo Ligi Logarithms on the death of a friend’s son; he notes: “I observed that Ghana’s problems were like Mathematical questions, very difficult to find solutions to… like a line, logoligi.” For now, it is Toll booth logarithms.