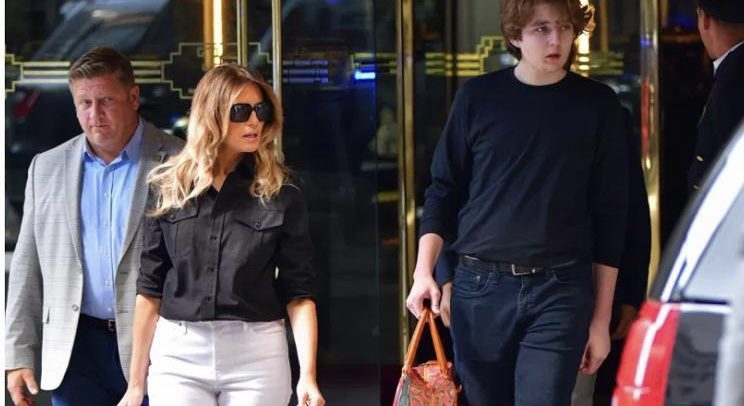 Former first son of the United States (US) Barron Trump has been photographed in the Big Apple this week — towering over his 5-foot-11-inch mom, Melania Trump.

The rarely photographed youngest son of former President Donald Trump is already 6 feet 7 inches tall — even though he only just turned 15.

He looked every inch of it on Wednesday when he stood head and shoulders over his mom and their security detail as they were snapped leaving their Manhattan home, the suitably named Trump Tower.

The towering teen, wearing a dark, long-sleeve T-shirt tucked into his jeans, also appeared to show impeccable manners, with the Daily Mail saying he was carrying his mother’s bag for her.

The rare Louis Vuitton x Richard Prince bag cost $3,995 when it was released in 2008, the outlet said — paling in comparison to the $11,000 black Hermes Birkin bag his mom toted.

The former president — himself no slouch at 6 feet 3 — marveled at a GOP event in North Carolina last month how his youngest is also already the tallest.