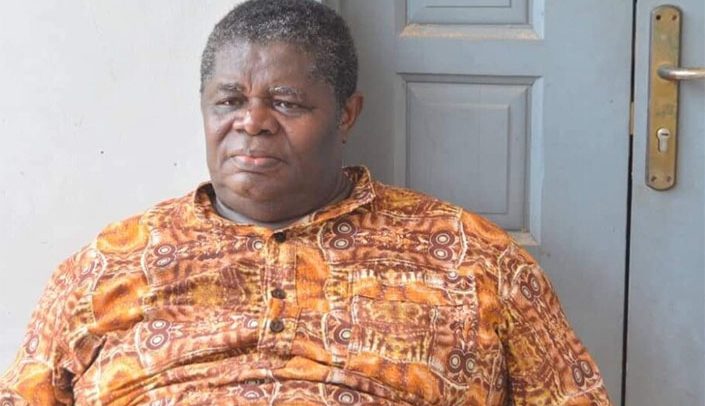 The latest audio making the rounds captured his voice allegedly begging media personality Mzgee to spare him some leftover food in her kitchen to feed on.

In September 2021, the Vice President donated an amount of GH¢50,000 to the actor for his rent and upkeep.

Also Greater Accra Regional Minister, Henry Quartey directed that part of his parliamentary salary is paid to him.

In a letter he wrote to the actor, the minister promised that an amount of One Thousand Five Hundred Ghana Cedis (GHS1500) will be given to Adjeteyfio every month till January 7, 2025.

That will be when his term as a Member of Parliament (MP) for Ayawaso Central ends.

But the actor who is popularly known as TT from the Taxi Driver TV series alleged that the minister’s help came once and it stopped.

According to him, he had made efforts to follow up with him but he was told the politician has travelled.

He also explained in the new audio that he had decided to invest the money the Vice President gave him. The investment is yet to mature for him to enjoy the profit.

Unfortunately, he said all those who promised to help him withdrew their support after the Vice President’s donation following a viral video in which he cried for help in 2021.

“MzGee good afternoon, I’m wondering if you would have some leftovers in your kitchen to spare. The reason is, people who use to help have all withdrawn their help when they heard that the Vice President had given me the money. But you would agree with me that [with] such monies, you need to invest wisely and that is what I have done and when you make investments too, it will take time before you begin enjoying it,” he indicated in the audio.

“Right now, the situation has created a lot of problems for me; you know, a lot of people used to help me a lot but now everybody…I even understood that some people contributed some money in States to be sent to me; the moment they heard [that the Vice President had given me the money] everybody went for his money,” he added.