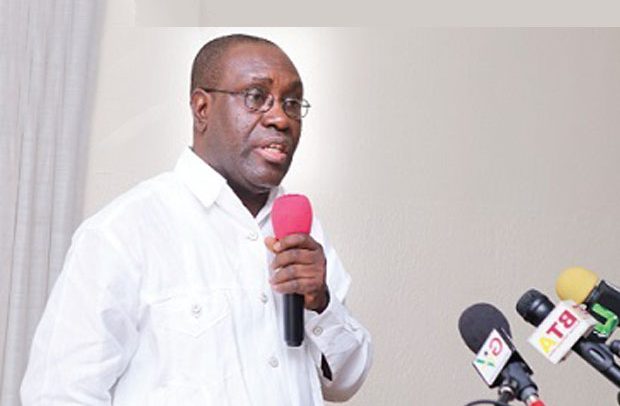 LEADERSHIP OF Organised Labour yesterday gave reasons why it accepted a 4 per cent increase in the base pay for public sector workers for 2021 and 7 per cent for 2022.

At a press conference in Accra, Dr. Anthony Yaw Baah, General Secretary of the Trades Union Congress (TUC) stated that the base pay covered all public sector workers who were placed on the Single Spine Salary Structure who included teachers, health workers, civil servants and other public sector workers including the Ghana Immigration Service, the Ghana Prisons Service and the Ghana Fire Service, among others.

“This year’s negotiation was particularly difficult. The coronavirus pandemic has had very devastating impact on businesses, employment and livelihoods…After several meetings, both parties agreed on 4 per cent for 2021 and 7 per cent for 2022,” the TUC boss noted.

“The Public Financial Management Act, 2016 (Act 921) requires that negotiations of public sector wages for any year are concluded in April of the preceding year. Since the Act was passed, we have been negotiating public sector pay in the year before its implementation. This arrangement was very beneficial to public sector workers in 2020. We concluded negotiations for base pay for public sector workers in 2019. The effective date for implementation was January 1, 2020. The Covid-19 pandemic struck in March 2020. But because we had already negotiated the base pay, Government had no option but to continue to pay the reviewed salaries.

“Another reason why we negotiated for two years was that we had already delayed negotiation for 2022. We, therefore, considered it prudent to negotiate the base pay for 2022.

“Now let me explain other reasons why we accepted 4% for 2021 and 7% for 2022. Evidence available indicated that further increases might lead to redundancy in the public service. We had to avoid redundancy, by all means, because of the negative social and economic effects of the mass redundancies we witnessed in the 1990s, as part of the structural adjustment programme. We have also witnessed redundancy of tens of thousands of workers in the private sector due to the Covid-19 pandemic,” he stated.

Going further, Dr. Yaw Baah said another reason was that “We wanted to avoid the payment of Cost of Living Allowance (COLA). You may recall that in 2014, when the economy of Ghana was in crisis, government argued that it could not increase base pay so we accepted COLA of 10 per cent. Workers’ contribution to social security remained at 2013 levels the whole of 2014. In 2015, we proposed 25 per cent increase in base pay. Finally, government offered 13 per cent and we accepted it, after months of negotiations. But as public sector workers may remember, the 13 per cent increase was based on the 2013 base pay excluding the 10 per cent COLA. Therefore, effectively, public sector workers received just 3 percentage point increase over the 2014 salaries. This year, we made a firm decision that a pay rise, however small, is better than COLA.”

However, he said the acceptance was on condition that for this year and 2022, no public sector redundancies should be declared; there should be no employment freeze; all workers will be vaccinated while also government will pay social security contributions.