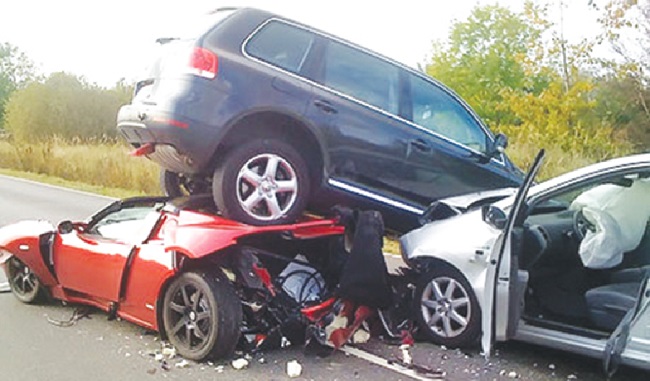 The first quarter of this year has seen the deaths of at least 33 persons through road accidents in the Upper East Region.

The number of deaths comprises 30 males and three females, all of whom were either killed on the spot or were pronounced dead shortly after reaching a health facility.

A statement issued to the media by the Upper East Regional office of the National Road Safety Authority and signed by the Regional Head, Abdullai Bawa Ghamsah, said a total of 78 cases of road accidents were recorded during this first quarter in the region.

“In 2020, the region recorded a total of 64 deaths as a result of road accidents in the whole year, unfortunately, the first quarter of 2021 has recorded 33 deaths already, which raises an alarm,” the statement read.

Mr. Ghamsah expressed worry over increasing rate of indiscipline on the road in the Bolgatanga Municipality and the rest of the region, and said it should not be allowed to continue.

He said the National Road Safety Authority is partnering the Ghana Police Service in the region for joint enforcement of the Road Regulations to bring sanity on the roads.

The Regional Head charged road users to complement the efforts of stakeholders by adhering to safety protocols to eliminate road crashes.

Meanwhile, DAILY GUIDE has observed the influx of minors being recruited to operate tricycle taxis in the Bolgatanga Municipality which many road users are not comfortable with, considering the fact that these minors do not have licence to operate commercial vehicles and also lack basic road traffic ethics.