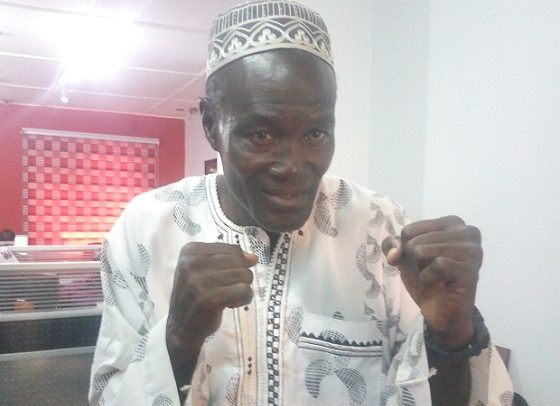 Former National and Africa Middleweight champion, Umar Sanda, is beside himself with worry following the fallen standards of boxing as well as its total neglect in the Northern Region.

He told this writer that the level of hunger in some parts of the region makes it difficult for the youth to engage in an energy sapping sport as boxing.

Reigning in his weight division to close to a decade, the National Sports Authority retiree coach mentioned that there is little hunger for success among the sporting youth of today.

“Talents abound in the North, but no facilities to sharpen the raw talents. No gyms, so it becomes difficult for them to go into the profession.

“It is more frustrating combining training and thinking of your next meal. I think that explains why the youth in the North are not hungry to go into boxing.

“During our time, and in most parts of the world, poverty drives the youth into sports, I am a typical example and I have not regretted choosing the sport. It has made me what I am today; I’m more disciplined now than before and it has really shaped me.

“At my age, I still have what it takes to help raise champions from the North. I am appealing to government to as a matter of urgency, provide the necessary platforms at the region. You have no idea the quality of boxers that will emerge from there,” said Sanda.

He currently resides in Nima, an Accra suburb and has appealed to government to create an endowment fund for past boxers like ‘Scorpion’ Ofosu, former national Middleweight champion; and should not wait for them to die to organize big funerals for them.

Meanwhile, the McDan Foundation, a subsidiary of the McDan Group has started a boxing project in Tamale aimed at raising quality boxers for the country.

‘Marathon Will Boost Tourism In Kwahu’