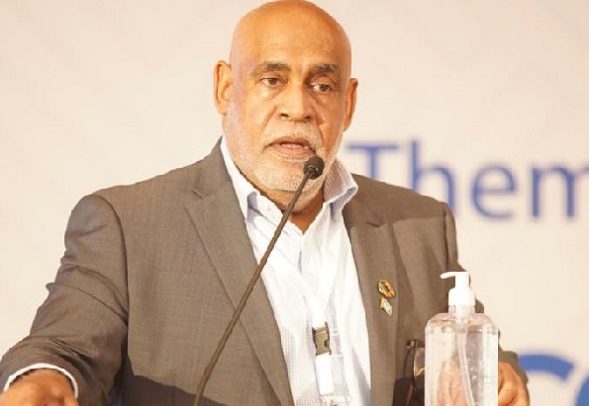 THE UNITED Nations (UN) has praised Ghana for the steps it is taking to implement polices relating to the promotion of human rights in the country.

The UN Resident Coordinator in Ghana, Charles Albani, who gave the commendation, touched on policies such as the setting up of the United Nations National Mechanisms for Reporting and Follow-up (NMRF) which is a key recommendation, work on developing a national action plan, as well as the passage of the Right to Information Act as key issues necessary for the advancement of human right issues.

Mr. Albani was speaking at the opening ceremony of a two-day workshop for the drafting of CSOs shadow reports on the UN Universal Periodic Review (UPR) Mechanism – Ghana’s 4th Cycle in Accra yesterday. It was organised by the POS Foundation with funding from the UN.

The UPR is a state-driven process which reviews the human rights records of all 193 UN Member States once every five years, providing an opportunity for states to demonstrate what actions they have taken to improve the human rights situation in their countries under the same rules and supervision. Ghana’s previous three cycles were in 2008, 2012 and 2017.

Mr. Albani, addressing the participants, indicated that Ghana has been a forthright and positive actor within the UN system since its joining following independence, adding that “we congratulate the Government of Ghana on a number of issues to advance human rights particularly in relation to the last review.”

He also mentioned government’s engagement of civil society organisations (CSOs), supporting the work of Commission on Human Rights and Administrative Justice (CHRAJ) and its independence, and the work of UPR itself as some of the positives made by government.

He, however, pointed out protocols on the rights of children in relation to sale, prostitution and pornography, issues relating to persons with disabilities, violence against women as some of the unratified protocols that need to be addressed.

Mercy Larbi, a Deputy Commissioner of CHRAJ, said Ghana in the third cycle received 241 recommendations of which it supported 212 recommendations at the adoption of its UPR outcome at the Human Rights Council in March 2018, representing an increase of 72% with respect to the second cycle.

She urged government to provide the necessary logistics to strengthen the new NMRF to function effectively to ensure that if not all, most of the recommendations are implemented.

Jonathan Osei Owusu, the Executive Director of POS Foundation, urged the participants from the various CSOs to participate fully in the drafting process to ensure a successful cycle, urging them to consider the UPR review as a process and not an event.

GTA To Close Down 25 Hospitality Facilities