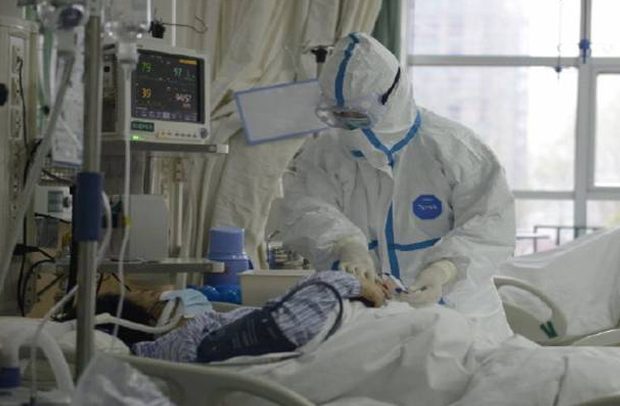 This is actually on two levels. There is the more commonly understood mechanism of a weak immune system as caused by whichever disease the person previously suffered. But there is also a very high risk of further damage to already diseased organs. Imagine a smoker with an already damaged lung catching COVID-19. There’ll be no lung left by the time the virus is cleared. You need your heart to pump blood to all parts of your body. The requirement for blood supply increases when infected and so the workload on the heart also increases. Meaning your already diseased heart could get overworked and end up “breaking down” completely. You need your liver to produce proteins for the production of antibodies and other materials required to fight the infection. If your liver is already diseased from hepatitis, chronic alcoholism or any other condition for that matter, it could crush. Your kidneys are required to maintain normal internal conditions in your body despite the fluctuations ongoing. If the load increases and your kidneys get overworked, they may crush. Many people suffering hypertension, diabetes and other conditions are walking around with only partly functional kidneys. One of your kidneys may be completely damaged and yet not show any symptoms as the other one simply takes over the function of the faulty kidney. So, it’s not uncommon for people with kidney disease to have no knowledge of this. That actually explains why you hear a lot of “There was nothing wrong with him oh. He just suddenly deteriorated and died”. You may actually die from accumulation of toxins which would otherwise have been excreted from your body by your kidneys and liver. So COVID-19 may be the trigger, but the cause of suffering and death may just be organ damage.

Right from onset, it was observed that older people suffered more severe disease than younger ones. Risk significantly increases after 60 years. Babies have a very low risk. Let me add that we are now seeing this age-related risk increase even among people in their 40s. It is not just a factor of weak immunity as some say. Babies are considered to have weak immunity too. Their immune system takes time to develop but they aren’t suffering the same level of debilitation as the elderly. I do not intend to bore you with the very complex explanations and theories behind this but to only draw attention to the fact that this is not the time for grandparents to be picking the children up from school. As much as possible, they should be shielded. Children do not suffer severe disease but are very capable of spreading infections so shield the old people and keep the children away from them. Grannies may not live to tell their stories anymore.

The general principle is that the number of viruses entering the body to cause disease does influence the severity of disease one suffers. And that is why health workers who by virtue of their work frequently get exposed to heavily infected patients are considered to be at a higher risk than normal. Your immune system is not likely to be overwhelmed by a low dose (inoculum) of viruses but a sudden exposure to huge viral copies may cause trouble. Again, this is why health workers working directly with COVID-19 patients will need to take breaks after continuous periods of work. It is harmful to keep exposing yourself to high infection doses at close intervals: For an already understaffed healthcare system as ours, I do not even know how this can be achieved.

The issue of strains has become a big topic nowadays. Viruses are fast learners. They change their nature and features from time to time to help them survive and cause further disease. Let’s say a virus enters your body and your immune system kicks it in the head and thus manages to weaken it and prevent it from causing infection. The virus will learn to cover its head with a helmet next time. The helmet now helps it to survive and potentially adds on to its ability to cause more damage. The ability of a virus to do harm is termed VIRULENCE. For the virus, this is a survival adaptation mechanism but for humans, it is a dangerous phenomenon. The specific change the virus undergoes is what we call MUTATION and what it becomes is termed a new STRAIN. It maintains original features of the parent virus but adds on and/or changes some things to make it potentially more dangerous (Virulent). Brazil is currently battling a horrible strain which kills three to five times more than the original virus we first identified. Mutations are enhanced by repeated person to person transmission of viruses and I suppose you’ll quite easily understand why: It’s simply a factor of increased exposure and experience in dealing with mechanisms of the immune system. The more bodies viruses enter, the greater their ability to mutate, so the most potent way of battling this whole phenomenon of new strains is fundamentally blocking transmission by obeying COVID-19 rules.

My bigger fear is that if we keep misbehaving and allow the virus to keep mutating, we may have a strain which will not only be able to dodge our immune system but will also be able to dodge vaccines. That may be checkmate for us!