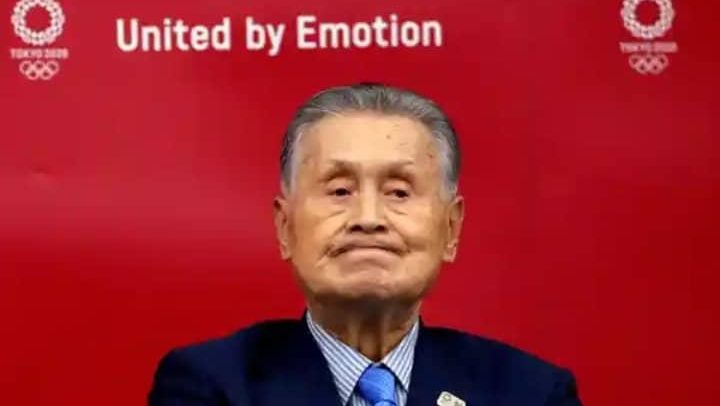 Are universal norms, standards and values really universal? I don’t think so.

I think they are actually European/American/western-white standards.

You might say they (European/American) are the most “developed” and for that reason we go by their standards. But who decides even what developed means? The same western-white people?

My father visited Africa in 1953 and called African nations like Liberia, Ghana, Nigeria and South Africa more developed than the Netherlands simply because there people hadn’t forgotten that you work to live and you don’t live to work (only).

The most, not only annoying but also unfair thing is that the western-white standards also set the rules and regulations for others.

The reason for me to write this article is the stepping down of the Tokyo Olympics President Yoshiro Mori based upon a remark he made on women behavior (true or not) during meetings. Mr Mori reportedly said women “talk too much.”

Let me note that I don’t care if it was correct or not, I don’t see it was necessary or not to step down nor that I agree or disagree with it. All I want to indicate that “Freedom of Speech” has actually turned out into a discussion of Freedom and a way of thinking and expression of a national identity compared to “so called” universal standards.

Freedom of Speech has become under heavy infringement by western-white standards.

Nobody in the western-white world is thinking one second if their “The Universal norms and standards” are going against many other peoples and countries standards.

All they want is the whole world to be Universal by their standards.

Living in Ghana, I can give several examples about being Ghanaian standards going directly against Universal Standards, and once again what I think and my opinion on each of these is irrelevant because they are/were a result of what the average Ghanaian and democratically elected government has put into place.

Freedom of people be it a Homosexual or any other form of LGTB maybe a so-called Universal Standard, but it is not in Ghana! Just like, for example the death penalty. Use of Canabis is not allowed in Ghana. Child labor norms in Ghana are different from the western-white standard.

Chinese, Japanese, Mexican, Congolese and many other people have often totally different ideas about norms and standards than the western-white standards.

Recently, a Dutch company was removed from a list of Slave Free chocolate producers because the most serious producers of child labor free cocoa production could not guarantee 100% that there was no child labor involved.

Ghana, Africa and many other countries around the world are not for nothing called: developing countries.

I am sure that (most) of the intentions of these western-white standards and norms are good, but I also know that we, in the developing countries need time to develop.

Just like you, the western-white Europe and United States needed time to develop.

Let me show you how my family developed, which took 3 generations:

The same grandfather had six children in 1947 out of which 4, including my mother since she was 14, riding 1 hour on their bicycles to work at the “Zilverfabriek”. The same factory had no protection for any of their workers against what would be called dangerous and unhealthy vapors of heavy metals and liquids.

I started working in my spare time with my cousin making 1 guider (0.50 Usd) an hour working 6 days a week during holidays at the age of 13. The work was simple; on my knees in the field and cutting flowers or shaking tulip and narcissus bulbs out of the ground and put them in crates. Nobody ever called this child labor in 1971 in the Netherlands. But today by so called “Universal Standards” it is.

I think it’s not only unfair to ask the rest of the world to accept, follow and implement the western-white standards, especially looking at the stage of development in which the poorer countries around the world are but also a very rude, selfish idea of the same white-western world to push your standards through the throats of people with complete different cultural and moral standards. Often these Universal Standards are considered very bad by other cultures.

I think if this western-white continue pushing for their cultural and moral standards and regulation to others one day a parallel economic standard will emerge bypassing the western-white standard and I think it already started by cooperation of China with the developing world.

Putting people at the centre of development for SDGs attainment