US Decision on Western Sahara … the Surprise and Solution 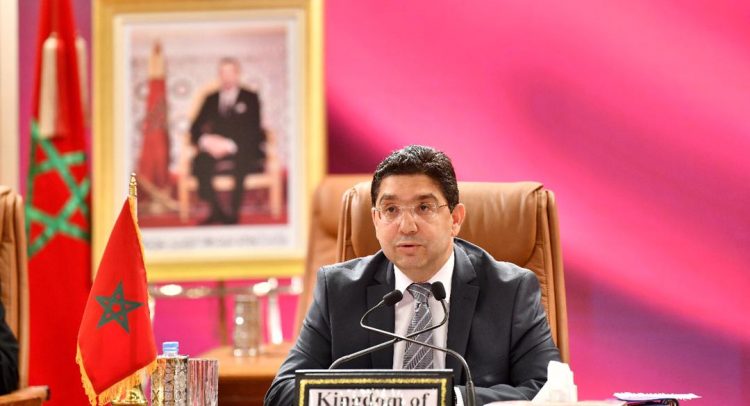 The United States’ decision to recognize Morocco’s sovereignty over all of its Saharan territories and its clear support for the Moroccan initiative for autonomous rule came as a surprise to many. Some were concerned, while the majority of the international community welcomed the move.

The importance of this decision stems from the significance of the country that approved it. The US is a major power and a permanent member of the Security Council. It is also a major ally of the Moroccan kingdom with which it has developed strategic relations during the past two decades under the wise leadership of King Mohammed VI. Moreover, these historic ties that also look to the future have been strengthened by various successive American administrations.

The measure of the importance of the move is primarily tied to the opportunities it provides in finding a solution to this conflict that has been going on for too long. Resolving the conflict will achieve permanent stability and security in a strategic region, which has implications that extend to southern Europe and central Africa.

The 1991 ceasefire agreement silenced the weapons and paved the way for political and diplomatic solutions and opportunities. The Polisario Front, however, did not wait for the American decision to declare its repeated violations of the agreement and futile provocations.

We are confronted with two opposing views. On the one hand, we have the Moroccan view, promoted by the King, who is seeking a better future through major investments, worth over 7 billion dollars, in the southern regions. The royal vision does not want to leave a single area hostage to a stalled political process.

On the other hand, we have a position that is relying on the stalled process, which it is exploiting to hamper regional economic integration and threaten region security, heedless of the negative humanitarian impact.

Amid these two varying positions, the reasonable people of the world realize the importance of the American decision as the beginning of a decisive line of action that would reach a realistic and permanent political solution.

Amid these developments, which are eying the future, Morocco decided to allow the residents of the Western Sahara to practice a form of autonomous rule under the authority of national sovereignty. Such a move allows the Western Sahara to manage its political, economic and social affairs through legislative, executive and judicial bodies that are exclusive to its region.

The United States is aware of the details of this file, as well as its implications. Moreover, the move on autonomous rule is a product of deep consultations held between King Mohammed VI and the administration of Bill Clinton. They were carried on by the George W. Bush administration and later supported by the Barack Obama administration.

The successive administrations all offered their support for autonomous rule, viewing it as a solution to the regional conflict. The Trump administration’s recognition of Moroccan sovereignty is a culmination of the efforts over the years and a sign of Washington’s constant position on the issue.

Away from official statements, the US has been eying the sovereignty decision since 2015 with Rabat’s view to develop the southern regions. From this same position, trade agreements signed between Morocco and the European Union all include the southern regions. Based on the above, the American recognition of Moroccan sovereignty of the Sahara should not come to a shock to anyone, expect those with a bad memory.

The American declaration is also in line with developments in the file at the UN. Previous UN envoys had repeatedly said that the “independence of the Sahara” was not a realistic option. Moreover, the recent 17 recommendations offered by the Security Council stem from a clear conviction of the need to reach a “realistic and permanent political solution”. It hailed the serious and credible efforts exerted by Morocco to end the impasse over this issue.

To achieve its goal, Morocco will remain committed to the UN-sponsored political path. It will follow clear standards based on determining and including the real parties involved in this regional conflict. This a commitment voiced by King Mohammed VI to UN Secretary-General Antonio Guterres.

Those who oppose Morocco’s move on autonomous rule are doing nothing by prolonging the impasse and hindering a solution. We believe that autonomous rule is real and it will leave no party as victor or vanquished. This move is garnering international support with every passing day. It was evident at a ministerial conference that was organized by Morocco and the US to support autonomous rule. Forty-two countries took part in the event. Furthermore, the American decision to join 20 other countries in inaugurating consulates in Laayoune and Dakhla will definitely encourage others to follow suit soon.

By signing the December 22 tripartite declaration that included the American presidential declaration, Morocco was also placing its seal to a moral commitment that encourages stability in the wider Morocco area in the service of peace in the Middle East. It is an opportunity for us all to adopt constructive positions and move forward towards achieving a realistic, fair and permanent solution.