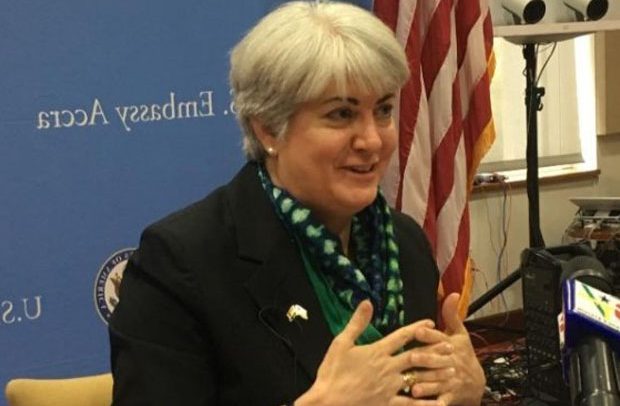 THE UNITED States Ambassador to Ghana, Stephanie S. Sullivan, has the youth to have a good life and live it well.

She made the call at the premiere of Season five of the megahit Ghanaian TV series, “You Only Live Once” (YOLO) at the Silverbird Cinemas, West Hills Mall on May 1.

Ambassador Sullivan joined representatives from the Ministry of Water Resources and Sanitation, the Ghana Health Service, and the National Population Council at the premiere.

Since 2016, the United States, through the U.S. Agency for International Development (USAID), has worked with the Ghana Health Service and the National Population Council and provided financial support to produce the YOLO series.

This series is a part of the “Good Life, Live it Well” campaign that promotes positive health behaviors in a wide variety of areas to include reproductive health, malaria prevention, and nutrition through both traditional and digital media.

At the premiere, Ambassador Sullivan commended the Government of Ghana, its agencies, and their media partners for making adolescent health a priority.

She also remarked that “Youth participation is vital to development and can contribute to more sustainable investments to end cycles of poverty, build resilient, democratic societies, improve health and nutrition outcomes and strengthen economies.”

The YOLO TV series was launched in 2015 by the National Population Council with the aim to educate youth on healthy reproductive behavior and equip them with skills to deal with peer pressure and the other challenges that affect their everyday lives.

The series has millions of viewers in Ghana and around the world including Nigeria, the United Kingdom, and the United States.