Varane Ruled Out Of Real Madrid vs Liverpool Clash Over Covid19 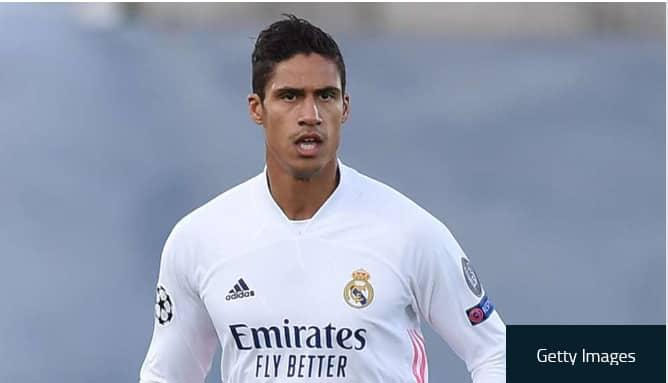 Raphael Varane has been ruled out of tonight’s UEFA Champions League encounter between Real Madrid and Liverpool.

The Real Madrid’s World Cup-winning Centre-back was ruled out after testing positive for the novel coronavirus.

The match, the first leg of their UEFA Champions League quarterfinal encounter, is set to begin at about 7:00pm.

But Real Madrid announced in a statement sighted by DGN Online on its official website that Varane has tested positive for coronavirus.

“Real Madrid CF informs that our player Raphael Varane has given a positive result in the Covid-19 test that has been carried out this morning,” the club noted in its statement.

Due to the positive result, Varane has to self-quarantine, which means he cannot be part of tonight’s squad for Los Blancos.

Varane is also likely to miss the return leg in Merseyside, England next week.

Madrid’s captain, Sergio Ramos, had earlier been ruled out for the Liverpool Clash which is being staged at Alfredo Di Stefano tonight.