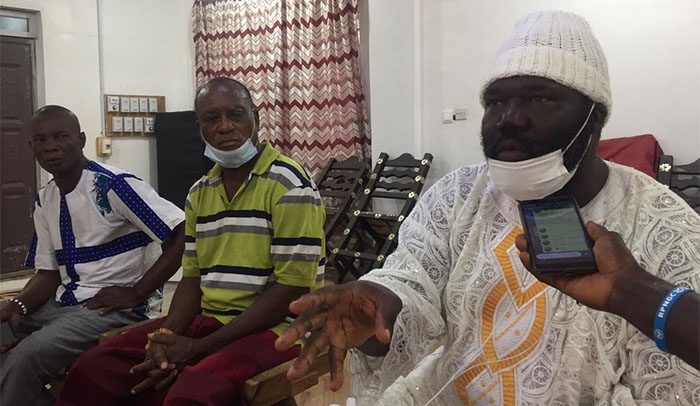 According to them, the former MCE, Joshua Bortey, should not be reappointed.

The residents made up of traders, traditional leaders and fisher folks, said Mr. Bortey failed the Assembly in terms of development.

They described Mr. Bortey as a divisive character who has helped to cause deep crack in the NPP.

They described Mr Afotey Mensah as a unifier and an NPP loyalist who will help develop the Municipality.

According to them, under Mr. Bortey, Krowor did not record any sound developmental projects.

Addressing the media on Tuesday April 6, 2021, the residents pointed out that they needed Mr Afotey Mensah as MCE for Krowor Municipality “to come and rescue our cherished party and sinking Krowor from the quagmire of divisiveness, disunity and lack of progress!”

They recounted the humiliating defeat which NPP suffered during the 2020 General Elections, a defeat which they say could have been avoided if the party leadership at the constituency had a united front.

According to them, there was therefore the need for them to take a retrospective view of what might have caused the NPP to lose its MP seat to the opposition NDC.

As a result, it came to light and it was obvious, that the constituency leadership lacked a united front, a situation which among other things led to our downfall, they said.

Going forward, it is only natural and fair that we get a party stalwart who is neutral and yet committed to the ideals of our party and in line with President Nana Akufo-Addo’s vision of ensuring development and prosperity for all Ghanaians through free education, according to them.

Varane Ruled Out Of Real Madrid vs Liverpool Clash Over Covid19