Watch Out! Randy Teachers In Schools 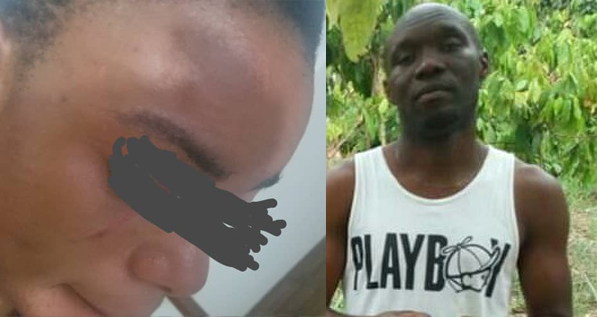 Samuel Boakye Donkor is reported to have assaulted and partially stripped his female student/girl friend. It is another example about how morality has fled public schools under the watch of dozing head teachers.

Although we may have to wait for the suspect to go through adjudication before drawing a conclusion, the circumstantial details surrounding the case provide with sufficient premises to speak about the rising tide of moral decadence in our schools vis-a-vis the suspect’s alleged misconduct.

The suspect’s nickname and his preferences present him as a person who can do what he is suspected to have done and more. When a teacher in a senior high school responds to the name ‘Confusion’ and loves to wear ‘Playboy’ inscribed apparels, the mental impression that is formed about him is anything but enviable. This is why we do not trust him.

Imagine struggling to see off your daughter to school and being called in the middle of the term to heart-breaking news that a teacher has beaten her up. His action is not because she has refused to take instructions or do her homework but because of a strained amorous relationship with a randy teacher.

There is heightened immorality in our schools and in some instances some students even get pregnant at the hands of predator teachers who see the girls as quarries to be exploited.

We find it rich that the suspect went to report to the police that the school girl had threatened his life. It would be interesting to find out how he described her to the law enforcement agents in the CID office of the district police station. Girl friend or a student in his biology class whom he has taught all there is to know about the reproductive system in man.

We do know that the local offices of the Ghana Education Service (GES) would immediately swing into action with the necessary interventions in this case. Of course, we are talking about an enquiry even before a docket is prepared the matter referred to a judge.

Deterrent actions must always be taken when depraved teachers are exposed because not doing so is an open encouragement to others to follow suit. Our girls are not sex objects to be exploited by bad teachers who have found themselves in the teaching service for a means of livelihood.

We shall monitor this occurrence with a view to whipping up public sentiments against teacher-propelled immorality in schools.

While lashing out at bad teachers and dozing headmasters for the perpetuation of such unacceptable deeds we would be quick to query bad girls who are also part of this inappropriate equation. Some of these bad girls are in some instances known to be receptive to the overtures of depraved teachers.

Let them raise the alarm bell when bad teachers start being unnecessarily charitable to them because such gestures are suggestive of a looming immoral intercourse.

A Conversation With The Writers Of Ghana (2)