We Are Not Back To Dumsor – Energy Minister 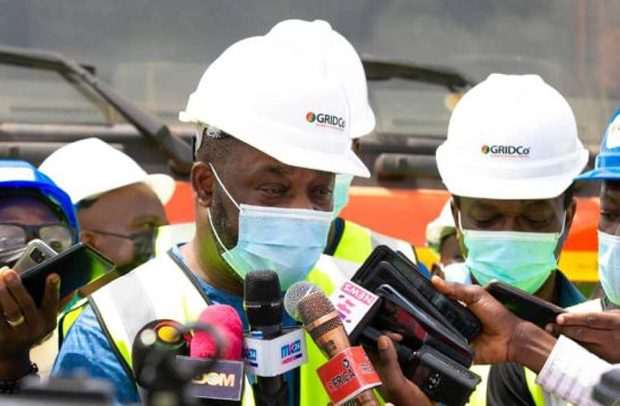 The minister at GRIDCo yesterday

Energy Minister, Dr. Matthew Opoku Prempeh, aka Napo, has appealed to Ghanaians to remain calm as steps are taken to address the intermittent power outages being experienced in the country.

He assured that there is no way government would allow the country to slip back into the prolonged period of power crisis known as dumsor, which was experienced between 2012 and 2016.

“We are working feverishly to resolve the challenges which have arisen as a result of technical difficulties with our transmission lines and it is our hope that, that issue will be resolved by the end of the year,” he assured.

Dr. Prempeh, who made the call when he paid a day’s working visit to the Ghana Grid Company (GRIDCo) yesterday, said emphatically that there is no dumsor.

The visit was to afford him first hand information on the scope of work currently being undertaken to address the power challenges.

The minister said what was happening has nothing to do with financial challenges as being speculated, but rather purely technical.

He explained that most of the transmission lines currently transporting electricity to the various substations were obsolete since they were fixed in the 1950s and 60s, and never saw any remarkable improvement.

“These our lines that we have just been informed about, were strung in the 50s and some in the 60s. The power it was supposed to transmit to Accra has increased tremendously due to the expansion of Accra, yet the lines have remained the same. They are now giving us lines that can improve the power situation in Accra,” he emphasised.

Dr. Prempeh said, “We should all be sincere in our communication. In 2016, the whole country was given periods when we are to receive power and when to be off. In 2016, the government of the day told us it was a generation problem. Even the opposition then said government did not have money to buy fuel to power the generators,” he said, adding “in the present state, it is generation problem, and cannot be said that dumsor has come back.”

He said government had included in the budget for this year the provision to improve on the electricity supply systems and it was going to continue until the whole country’s system improves.

The Director of Engineers Project at GRIDCo, Owusu Afriyie, said the site for the Volta-Achimota-Transmission Station was constructed in 1965 and had not seen any upgrade since.

He said when they upgrades are completed, the lines would increase its load capacity by about three fold from the current 420 megawatts to about 1200 megawatts.

He said the project commenced in the Volta substation which was one of GRIDCo’s Bulk Supply Point in Tema to Achimota, a distance of about 27 kilometres.