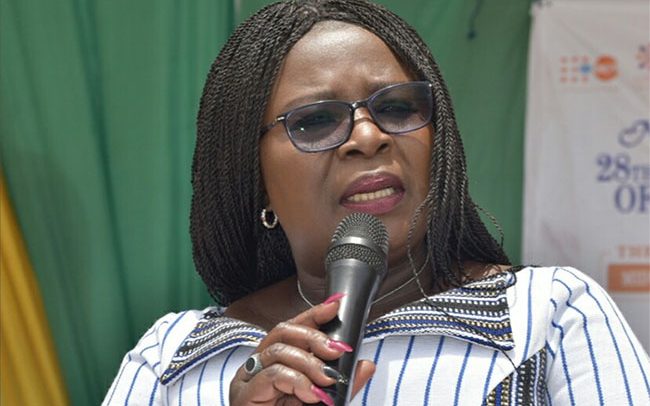 Upper East Regional Minister, Tangoba Abayage, has eulogised the late former President Jerry John Rawlings saying he will for a long time be remembered for the extension of the national grid to the Upper East Region.

According to her, the entire region had been without electricity and was all joy when Flt. Lt. Jerry John Rawlings connected the region to the grid.

“He loved the region just as our current President who is also investing immensely to improve on the development of the region,” she said.

Aside the extension of electricity (which the older generation in the region still refer to as Akosombo), the Regional Minister also mentioned the ECOWAS trunk road that links the Upper East Region to Ashanti Region. The road stretches from Kumasi to Paga, passing through Bolgatanga and Navrongo.

She was speaking with the media after signing a book of condolence for the late Jerry John Rawlings at the premises of Upper East Regional Coordinating Council in Bolgatanga, on behalf of the chiefs and people of the Upper East Region.

Before this road was constructed, travelers had difficulties in traveling from the region to the south through the Ashanti Region due to the bad nature of the road and as a result, people spent days to cover journey from Upper East Region to the national capital, Accra.

Ms. Abayage also mentioned the creation of the Upper West Region which hitherto was part of the Upper Region.

Meanwhile some residents who spoke with the DAILYGUIDE said the country has lost a leader who taught Ghanaians to be bold and confident in demanding probity and accountability.

Nsoh Daniel, a resident said, “For me I will not forget JJ Rawlings, he was very bold and fearless and yet he was down to earth. He loved people and communities passionately. I like the way he loved his wife and respected her in public; that is also something I have learnt from Rawlings.

“My brother, this is what gingered the woman to ‘kill’ herself in creating the 31st December Women Movement and training centres across the country. We had a 31st December Bakery and Nursery in Bolgatanga here. The Rawlings family will be remembered for a long time.”