We Want Revenge Against Uruguay…Asamoah Gyan 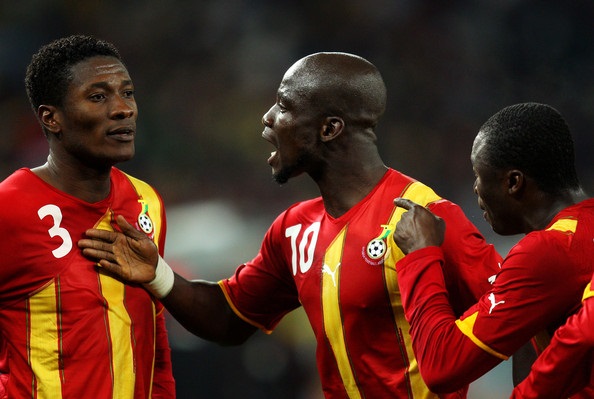 FLASHBACK: The sad face of Asamoah Gyan (L) after missing the penalty kick against Uruguay at the 2010 World Cup

He pointed out in an interview recently that he would gladly assist the Black Stars in achieving that objective.

Ghana has been pitted against Uruguay again in the 2022 World Cup group stage, as happened in the 2010 World Cup quarterfinals in South Africa.

Dominic Adiyiah’s goal bound effort was headed by Suarez on the line and stopped the ball from entering the net.

Ghana were awarded a penalty and Gyan hit the ball against the bar to deny Ghana a semi-final slot.

“Personally, I just sat back and I just smiled because I understand how the game goes. Things happen. What happened in 2010 is behind me but maybe there might be another opportunity. When the time comes and I’m part of the team and we play against Uruguay, you might never know what is going to happen. We just have to be ourselves. Obviously, I’m human. I have in the back of my mind that maybe if I get another chance, I can be able to prove myself.”