‘We Want To Play Good Football’ 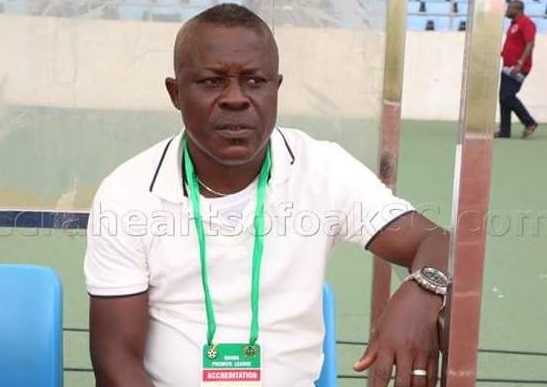 Asante Kotoko caretaker trainer Johnson Smith has given the clearest of indications that he is preparing his side for the best of tactics ahead of this season.

To the former Karela United head trainer, the Porcupine Warriors are blessed with the needed quality to compete with the best teams in the country.

“The players are very familiar with themselves. But we have to make sure that, they adapt to the system we want to play. We want to play good football and win as well,” he said in an interview.

He added, “It is not just about winning. We should be able to dominate our opponents as well. We want the supporters to feel comfortable whenever they come to the stadium to watch our games.

“Our training sessions are focused on achieving that. We want to send the signal out that Kotoko is a mature team. Moreover, we want to build an unbeatable side.”

He pointed out that the club will not do much signings in the transfer window but will augment his side with a couple of players in some departments.

“As I said earlier, the players are already very familiar with themselves. But what needs to be done now is a little beef up to certain departments of the team,” he mentioned.