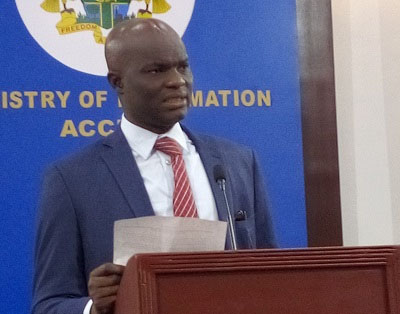 Deputy Minister for Fisheries and Aquaculture Development, Francis Codjoe, has indicated government’s commitment to continue with the implementation of the fishing closed season.

According to him, government would not stop the implementation of the closed season (which is beginning to gain grounds) for political reasons as some people are beginning to suggest.

“We have to sustain it. I already hear some people saying that next year is an election year so we should not bring this thing around, but we cannot stop because the nation is having an election,” he said.

The sector minister said the decision to implement the closed season was one of the major steps taken to rejuvenate the fish stocks and improve the livelihood of stakeholders in the fisheries supply chain.

He was speaking at the second National Conference on Fisheries and Coastal Environment in Accra.

Speaking on the theme, “Fisheries and Coastal Governance in the Modern Age” Mr. Codjoe emphasized the importance of the fisheries sector in the socio-economic development of Ghana saying the sector plays a key role in the development of the country as it helps improve food and nutrition security, provides income as well as improve livelihood of fishers and fishing communities.

“It is estimated that 10 per cent of Ghana’s population are engaged by the fisheries and aquaculture value chain as fishermen, boat owners, boat builders, processors and other ancillary jobs,” he said.

He, however, noted that the current challenges confronting Ghana’s fisheries sector can partly be attributed to the lack of attention to the coastal environment which have resulted to degradation, pollution and destruction of spawning grounds for fish such as wetlands and mangrove swamps.

He said the proper management of the coastal environment, coastal livelihoods can be diversified from being over reliance on fishing as a major economic activity thereby reducing overfishing and overexploitation, a major challenge facing marine fishery in Ghana.