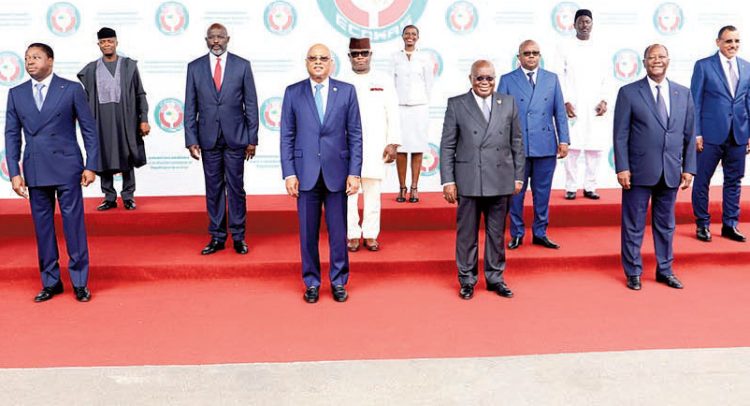 Leaders in seven countries in the West African sub region are meeting in Accra to device means to fight the growing threat of terrorism in the region.

They include the Presidents of Ghana, Togo, Mali, Burkina Faso, Niger, Benin, and Ivory Coast who are all reeling under the threat of terrorism from neighbouring countries.

They are currently meetin under what has been termed The Accra Initiative.

The conference is under the theme; “Towards a Credible, Preventive and Coordinated Response to Challenges Facing the Coastal and Sahelian States.”

In his opening remark, host and Chairperson of the Accra Initiative, President Akufo-Addo, noted that the conference will not only diagnose and identify the security challenges that confront the West Africa region but will also fashion out solutions to resolving them.

“I say nothing new when I state that West Africa continues to suffer from the sketch of terrorism and violence extremism spreading rapidly across the region. Today, the terrorists groups emboldened by their apparent success in the region, are seeking new operational grounds, a development that has triggered the southward drift of the menace from the Sahel to coastal West Africa” President Akufo-Addo said.

Cognisant of the underlying causes of terrorism in West Africa, the mitigation of which cannot be achieved through military intervention alone, he said.

“The Accra Initiative” should seek to pursue a comprehensive approach that promotes the adoption of social intervention programs to help address development gaps in vulnerable communities within member states, he added.

He stressed the need for member states to own the initiative which will require their foreign partners to respect same.

“Our assessment points to the fact that support from members of international community will be needed, but we remain firm in our commitment to shoulder a greater part of the responsibility required whiles engaging international partners who are willing to respect our status as a home grown Initiative”, was how he put it.

The Accra Initiative started under the leadership of President Akufo-Addo when he served as chairman of the Economic Community of West African States (ECOWAS).

The main rationale behind the initiative is to ensure information gathering and sharing, buil trust within the sub-region, and offer technical support from non-state actors for the fight against terrorism and violence.

Nigeria currently enjoys observer status and is expected to be soon admitted to full membership status.