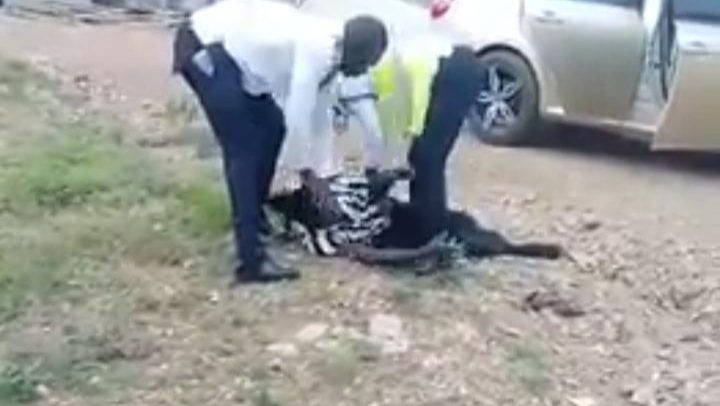 The Police have initiated investigation into a viral video in which two Police officers are seen struggling with a member of the public and assaulting him in the process.

According to the Police, the victim has been contacted to assist the investigation.

The matter is being handled by the Police Professional Standards Bureau and the officers involved, identified as Inspector Prince Awuah and G/Cpl. John Ahiamata both with the Divisional MTTD Asankrangwa have been referred to the Bureau to be taken through the due process of the law.