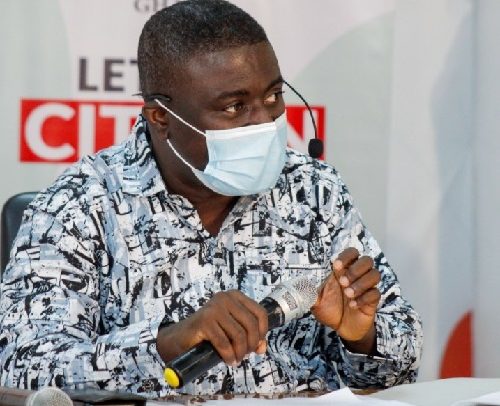 The Electoral Commission (EC) says it has recorded a provisional figure of 16,663,669 registered eligible voters as at August 6, 2020.

The voters registration exercise which took off on June 30, this year, come to an end today.

Addressing journalists at the Let The Citizen press briefing in Accra on Friday, August 6, 2020, Deputy Chairman of the EC in charge of Corporate Services, Dr Bossman Asare, announced that “as at 6th August, 2020 the Commission had registered a total of 16,663,669 (provisional figures) nationwide.”

According to him, “Since the last briefing the four top regions have maintained their positions though the Greater Accra region has especially lost some grounds in percentage terms from 21.34 % to 20.8% of the total registered.”

He said “the Ashanti region also reduced marginally by 0.1% to its current 17.9%.
Both the Eastern and the Central regions have maintained their previous 9.6% and 9.3% respectively.”

“Only the Volta region reduced in percentage terms in this group,” he noted.