Who Is The Best: Ronaldo Or Messi? 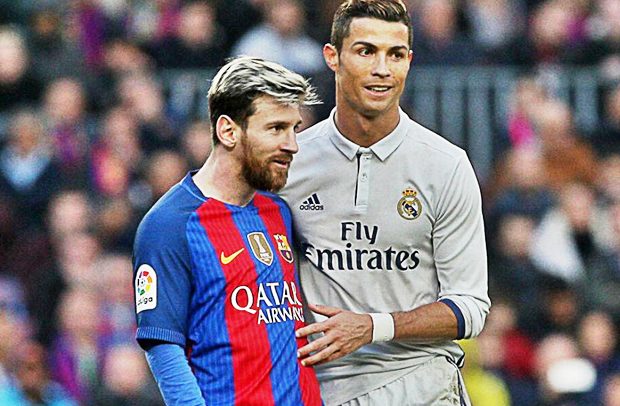 Barely a day goes by before the argument about the best footballer in the world makes headlines. Is it Cristiano Ronaldo or Lionel Messi?

Certainly, the debate will continue should the left footed Argentine replicates his first leg fine form tonight when they play as guests of Liverpool in their UEFA Champions League semi final second leg at Anfield.

Recently, the popular opinion has placed Ronaldo a step ahead, after he scored a spectacular goal against Juventus and Real Madrid eventually saw off its Italian rival, while on the other hand, Barcelona came crashing down against Roma.

I have written this numerous times. I find the question of finding a poster boy for industrial football, which worships individual action rather than collective, utterly meaningless. A player’s individual performance can only be assessed in the context of the collective environment they operate in.

Try to think of it this way: Since no player on earth is able to score goals without the help of their teammates, whether it is just a goal kick or merely a distraction for the opponent defense. It means that a player is bound to the cooperation of his or her teammates. Thus, better teammates lead to better individual performances, of course to a certain point without a matching strategy.

This means that actually what actually gives Ronaldo and Messi their value is their team, and you cannot simply take an individual effort from there and assess it separately.

Football is not the sum of all individual talents put together, it is a dynamic process in which talents and strategies increase and decrease values while interacting with each other. Therefore, when you talk about Cristiano Ronaldo’s value, you are actually talking about Real Madrid’s value.