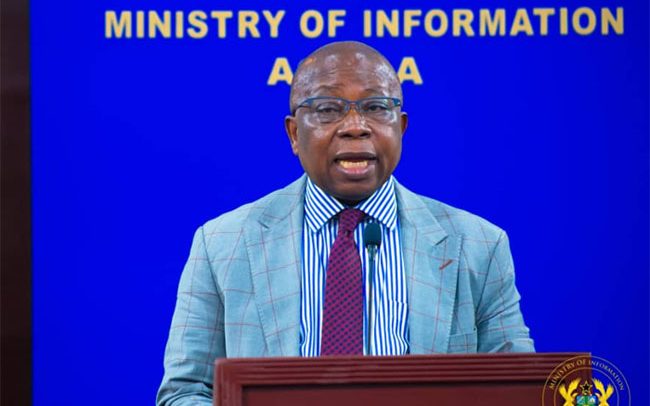 THE MINISTER of Health, Kwaku Agyeman-Manu, says the World Health Organisation (WHO) has begun studying some of Ghana’s techniques, including the potentially time-saving practice of “pool testing” for Covid-19 in which multiple blood samples are tested together and processed separately only if a positive result is found.

According to him, this recognition of the country’s inspiring management regime beyond the borders of the country is felt not only in international media outlets, but also in the statistics Ghana has on Covid-19.

Mr. Agyeman-Manu said the Health Ministry was working hard to save every life and avoid even a single death, but stated, however, that the “disease burdens and fatality rate comparison helps us to appreciate the yield from the efforts so as to bring out the best in us and not in a way to portray that fewer deaths are not a big deal.”

“Ghana has done a total of 174,077 tests with 173,096 individual persons tested…” he revealed and added that out of the 3,952 active cases in Ghana, five are in moderate to severe condition.

According to him, with such a high percentage of wellness for the positives, it comes as no surprise that Ghana’s recovered counts have started rising steeply.

“Any Covid-19 patient who is well is more likely to test negative in the days ahead and subsequently be declared ‘recovered’ after a second successive negative test.”

The minister said a Covld-19 patient who is declared recovered would have been well weeks before his second negative test.

“Recovery in this sense is not synonymous with being fit; it is only a designation given for satisfying three different criteria,” he intimated and said these are wellness to first negative to second negative equaling recovery.