Who Takes Over From NC?… Aspirants’ Strengths, Weaknesses 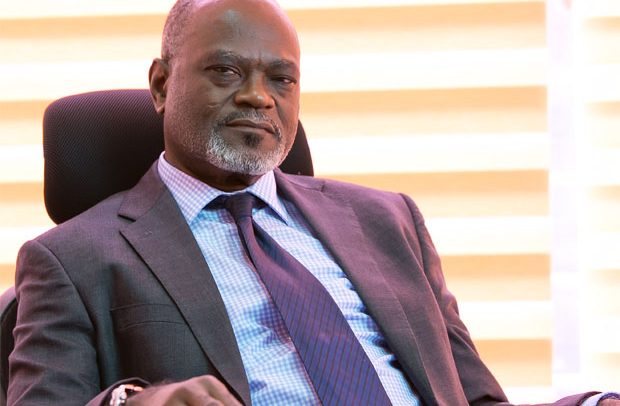 Ghana football is gearing up for arguably its biggest, if not the fiercest contest as the much-expected presidential elections draws near.

The presidential election, the fourth in the democratic history of the country’s football, remains unprecedented on many fronts following the tearing down of the Kwesi Nyantakyi administration by wide spread allegation of corruption.

Opinions have been divided on how the fall of the Nyantakyi empire was orchestrated, but in the midst of the divided opinions, there lies at the core a common understanding that Ghana football must rise and thrive in ways previously failed and or non-existing.

In the last couple of months, many names have popped up in the race for the president of the Ghana Football Association (GFA).

While many of these rumoured names have confirmed their interest in ascending the thrown, a minority few have kept their cards close to their chests, while enjoying the thrills of speculations.

Below are profiles and chances of all the aspirants:

Advantages:
Popularly called Palmer, he is known as the favoured one by Nyantakyi and handpicked by the former president to be his successor.
Also described as the man with the deepest pocket due to some recent football business, Palmer is regarded as the aspirant spreading cheers among delegates and the football people all the way from the bank.

Palmer’s portfolio is rich with experience, having held various positions from the Black Starlets, Black Satellites through to the Black Stars under Nyantakyi administration, which is believed to have catapulted most of his Tema Youth players to sign huge foreign contracts, bringing him timely financial muscle to dazzle delegates.

Disadvantages:
Despite his rich experience, Palmer is expected to fall heavily under the microscope of integrity test following his public utterances that Ghana failed to qualify for the 2018 World Cup in Russia because authorities failed to pay bribes to officiating officials considering these are the same practices which led to the situation we find ourselves in at the moment.

Palmer is also currently in a tussle with the Normalisation Committee over the payment of 10 per cent on players transferred abroad, agreed by Congress and approved by the erstwhile Executive Committee, of which he was a member.

This is not the first time he is in a legal tussle over payments, as he is currently believed to be in court with a FIFA agent who brokered the transfer of his player and a few others are rumoured to be chasing him for non-payment of commissions. There are also allegations from some lower division clubs that he refuses to pay them their due when he transfers players they have trained.

He is seen as a member of the former executive committee and a key decision maker in the previous administration, a group that many believe cannot be excused from all the allegations and failings that ultimately led to the demise of Nyantakyi’s administration.

Advantages:
Though yet to officially declare his intentions to contest for the position, deep throat sources around him have confirmed his interest and underground campaign, including gestures such as buying match tickets for football fans in Kumasi to watch both ceremonial matches of ex-President Kufuor and recently the Otumfuor Cup to commemorate  the 20th  anniversary of his reign.

He is regarded by many as good administrator who has managed his club, Dreams FC, well and has chalked some successes only 10 years of its existence.

Kurt is experienced, having served as a member of the dissolved Executive Committee and is credited for organising a successful FA Cup competition as the chairman of the FA Cup Committee.

Kurt could have a challenge with an integrity test for issues of overseeing player documentation forgery, which led to his club’s demotion from the Premier League after the 2016/17 season.

Similarly, he falls within the bracket of the ‘old wine’ tag, for being part of the former ExCo that was sacked by FIFA.

Moreover, there also seem to be a drawn-out uneasiness involving Kurt and some clubs regarding the role his company, Proton Sports, played in the acquisition of the Premier League sponsorship deal with StarTimes in the area of commission claimed by his company which many consider as extortion from the clubs.

Advantages:
Fianoo is a very experienced administrator by all standards and has gone through the mill rising from team manager at the national team level to the Chief Executive of AshGold.

Fianoo was strongly part of the Nyantakyi administration from the beginning, before going in and out of the ExCo. He also served as vice chairman of Black Stars Management Committee under the same administration.

Currently, Fianoo is the chairman of Ghana League Clubs Association (GHALCA) and is purported to have the attention of the clubs due to his daily dealings with them.

The former AshGold CEO is widely perceived to have the backing of the current government, as he twice contested and lost as a parliamentary candidate of the NPP in Keta, Volta Region.

He is, however, criticised by the football people as only a taker, with the popular assertion that Fianoo has never owned nor sponsored any club even at juvenile level. Unfortunately for him, calling club owners and administrators ‘zombies’ quite recently is something he is yet to be pardoned for.

Despite his positive attributes, Fianoo is seen to be a weak leader who did not show leadership in the wake of the Number12 exposé, with many of clubs constantly accusing him for supposedly being in bed with the Normalisation Committee (NC) instead of seeking their (clubs’) welfare.

Chief among challenges and a dent on Fianoo is the allegation that he forged the cheque of his then chairman, while he was the administrative manager of GHALCA, which is believed to have landed him in cells in Osu and may fail integrity test for that.

Pappoe has some enviable record under his belt as an administrator. He is credited for the Black Stars’ exploits at the World Cups in Germany 2006 and South Africa 2010, when he served as chairman of the Black Stars Management Committee.

He is considered as a fine diplomat, from his experience in working with some embassies in Ghana, including his current job with the Norwegian Embassy in Accra.

Pappoe was initially part of the Nyantakyi train, where he was vice president until he was not re-elected onto the ExCo and lost his position subsequently.

He is rumoured to be backed by Randy Abbey, with some financial muscles coming from the Mahama household to push his presidential agenda.

Despite Pappoe’s background, he is widely seen to have poor human relations, which is perceived to have cost him the vice president position.

Pappoe is tagged with failing to transform Great Olympics into a viable club, raising concerns about his ability to translate his competences to the club side when it matters the most. For this reason, it is speculated among many ‘football people’ that he lacks the capacity to turn around the fortunes of our football where it bleeds the most‒ local football leagues.

His critics claim while he benefitted financially from the game at the national team level, he has yet to invest in clubs such as his own Great Olympics.

While his job at the Norwegian Embassy has contributed to his fine diplomatic attributes, it is also considered to be an impediment to devoting the required times needed to run the GFA effectively.

George Afriyie was the vice president to Nyantakyi until he was sacked in 2018 following a perceived fallout with his boss.

The owner of a Division One club, Okyeman Planners, is said to have great human relations and has good rapport with many club administrators.

Before he was shown the exit, Afriyie, who was also referred to as the chief of staff to the former president, was seen as the natural successor to Nyantakyi to continue his legacy.

Until sacked by FIFA, following the Number 12 exposé in 2018, he had held the position of an ExCo member since 2005, making him one of the most experienced hands in the game.

Afriyie has an albatross of a government White Paper from the Dzamefe Commission breathing heavily on his neck. Afriyie was barred from holding any position near Ghana Black Stars.

He seem to have his support base divided sharply due to his fallout with his then boss Nyantakyi, which led to his sacking as the vice president and chairman of the Black Stars Management Committee.

His critics claim he is the worst amongst Nyantakyi’s vice presidents, and that his tenure with the former president is the worst ever.

Afriyie was a key member of the old ExCo which was sacked by FIFA, and given his role in executing the Nyantakyi agenda until their fallout, he is seen to have nothing new to offer.

He is considered, together with Fianoo, as the least educated amongst the aspirants, and both may be disqualified on educational grounds based on recommendations made by an ad-hoc committee of the Normalisation Committee.

Of all the aspirants, Nana Yaw Amponsah remains the only new face who was not part of Nyantakyi’s administration. He is seen as the most progressive candidate with mind blowing ideas to developing the local game in particular. He is credited for masterminding and propelling Phar Rangers into a model club within just three years of its existence.

Amponsah is seen to have rich international connections, which is paramount in developing the game. Recently, he launched a kit sponsorship deal which saw more than 50 local clubs from the Ghana Premier League, Division One and female Premier Division as beneficiaries who received a kit sponsorship deal for the next four years from Turkish company Fitcom. He is regarded as the one capable of winning back the trust of the corporate world to bring the needed investment into our game.

Till date, Nana Amponsah, who holds a master’s degree in sports law and has experience as a former FIFA agent/intermediary, as well as a club owner and administrator, is the only aspirant to have launched a manifesto dating back October 2017, detailing his vision for Ghana football, a novelty in the game.

He is also regarded as the aspirant with no integrity issues and a clean slate.

Many see him as too young, as he is only 36 years old and coincidentally the same age Nyantakyi was when he became president and deemed to lack experience within the GFA set-up, as he has never been part of any previous administration.

His critics say he could be disqualified because he was once a FIFA agent/intermediary.

Musicians To Embark On Anti-Corruption Walk