Will Smith Resurfaces In India After Oscars Slap 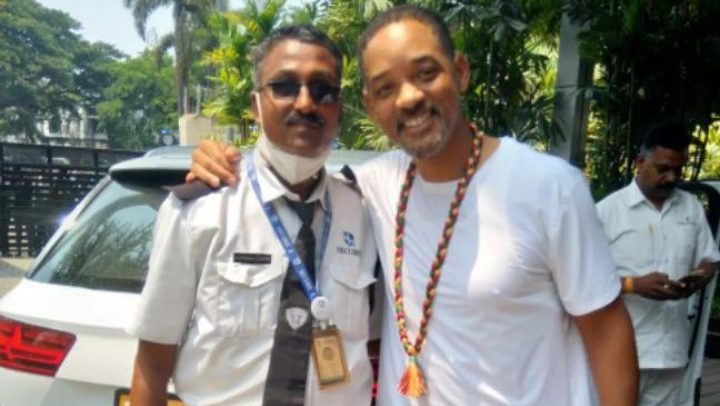 Will Smith resurfaced in India for the first time since slapping Chris Rock at the 94th annual Academy Awards, and the Oscar-winning actor was all smiles.

The King Richard star arrived Saturday at a private airfield in Mumbai, where a horde of paparazzi awaited his arrival. Smith wore a white T-shirt over a muscle shirt, grey shorts over white compression pants and Jordan sneakers.

It’s unclear at this time if Smith embarked on this trip for business or pleasure, but the 53-year-old appears to have put the infamous Oscars slap behind him, at least on the surface.

In video obtained by TMZ, photographers can be heard repeatedly shouting his name in an attempt to get close to the actor.

Smith posed for pictures with a few fans, including an airport security official, before waving at the photographers and entering the airport facility.

The trip comes just days after Red Table Talk made its official return with hosts Jada Pinkett Smith, Willow Smith and Adrienne Banfield Norris. Prior to the start of the episode, the controversial incident was addressed with a brief message.

“Considering all that has happened in that last few weeks, the Smith family has been focusing on deep healing…some of the discoveries around our healing will be shared at the table when the time calls,” a message at the top of the episode read.

“Until then, the table will continue offering itself to powerful, inspiring and healing testimonies like that of our incredibly impressive first guest. Thanks for joining us, Jada.”

Smith came under fire after he got up off his seat, walked up to Rock onstage and slapped him in the face during the Academy Awards on March 27.

Smith physically confronted the comedian after Rock made a joke about Jada Pinkett’s shaved head, after pointing to her from the stage and saying, “Jada, I love ya. G.I. Jane 2, can’t wait to see it.”

6Jada’s negative reaction was visible on TV, though moments later she was also captured on video laughing and clapping after Rock said, “Will Smith just slapped the s**t out of me.”
-Etonlinea