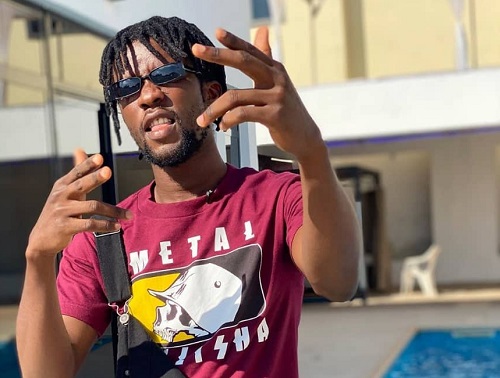 Worlasi has bemoaned how he is not getting the necessary support from the music industry because he has refused to join groupies.

Speaking through a tweet late Monday, ‘The Man & The God’ crooner said now everyone has to be part of one clique or the other in order to get support—but he is sure of overcoming that hurdle.

“Make like everybody dey in some clique. If you not part they won’t support you. Hmm… but vim,” he tweeted.

Worlasi obviously does not endorse joining groupies for support.

His tweet has come days after he released a new video for his new single titled ‘Comot’.

This has sparked a conversation on social media as to whether he was referring to not getting support for his new song and video or his music career in its entirety.

Worlasi is described as an alternative musician who communicates life from a peculiar perspective cleverly fusing English, Ewe and Pidgin to create a rich tapestry worth placing on a perpetual encore.

He made the headlines last week for taking on the opposition National Democratic Congress (NDC) for using his music in its documentary without seeking permission from him. He has since threatened to take a legal action against the political party.

The Gonjaman Puts Pepper In The Eyes Of Voltarians