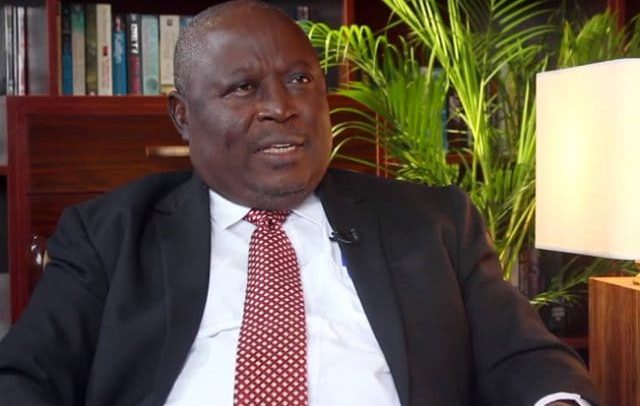 The Office of the Special Prosecutor has turned down what it describes as ‘opportunistic’ petition by a group calling itself STRANEK-AFRICA to institute investigations into the Agyapa Royalties Deal.

According to the Special Prosecutor, Martin Amidu, his Office had already commenced work on the matter and Parliament has agreed to furnish his office with documents in the deal which was widely publicized by the media as far back as September 11, 2020.

“It is further in the public domain that Parliament and other public institutions have already responded to the Office’s request for information and documents,” the Special Prosecutor stated in a letter dated September 22, 2020 in a response to a petition by the pro-NDC pressure group.

Mr. Amidu without wasting time in dismissing the petition said it was “an opportunistic and populist enterprise on your part to take credit for processes already independently commenced by this Office. In any case your letter containing mere speculations without more, does not present any reasonable basis for this Office to commit further resources to your request from the public purse.”

Petition
The pro-NDC pressure group in a petition dated September 22, 2020 signed by Nii Tettey Tetteh, Executive Director had requested the Office of the Special Prosecutor for an investigation into the Agyapa deal, seeking among other things an investigation into “How much are Mr. Otchere Darko and Mr. Ken Ofori Atta benefiting from this deal?”

The group was also calling on the Special Prosecutor, Martin Amidu to investigate whether “President Akufo-Addo and/or Mr. Ken Ofori Atta influenced the selection of the Legal Advisors and Transaction Advisors?”

The petition was turned down by the Special Prosecutor who said it contained mere speculation which does not warrant the use of public funds in pursuing.

The petition made claims that “The Special Purpose Vehicle lacks transparency as it was incorporated in a tax haven country, causing matters of corporate governance to be clouded in secrecy and making it difficult to provide proper oversight of the company. Mortgaging Ghana’s future mineral royalties in perpetuity runs contrary to the interest of the people of Ghana and Ghana stands to lose billions of dollars in revenue as a consequence of this deal.”

It also claimed that the agreement makes it impossible for a future government to replace managers of Agyapa Royalties Ltd, adding that the asset is grossly undervalued per current valuation.

“The deal is embroiled in conflict of interest issues and raises serious ethical concerns on what seems to be a classic case of family and friends’ transaction”, the petition claimed.

It was therefore, seeking investigations into why a sovereign entity (Agyapa Royalties Ltd.) was incorporated in a tax haven “which is globally known for lack of transparency?”

“It is prudent that your outfit investigates how the value of the royalties being ceded to Agyapa Royalties was calculated and which entity did the evaluation. The owners of the Agyapa Royalties must be disclosed to the general public including their credentials and the shareholding structure. “

It concluded that “the Agyapa deal is shrouded in illegality, secrecy and issues of conflict of interest, and is inimical to the interest of the good people of Ghana. The deal raises serious concerns which demand your urgent attention.”
But Mr. Amidu turned down the petition, stating that his Office has already commenced work into the deal and has requested for documents from Parliament and other public institutions.