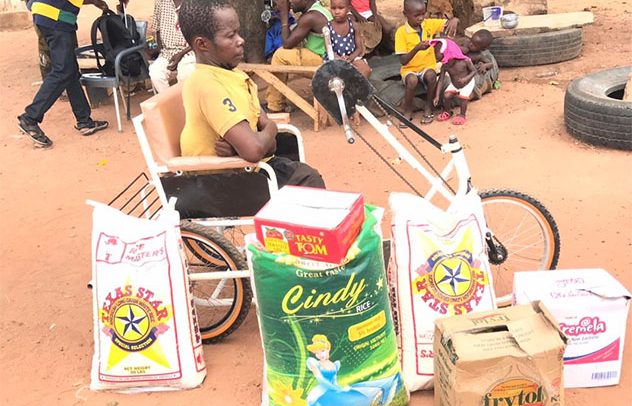 He was supported with a new tricycle, bags of rice, cooking oil, clothes, detergents, tomatoes, cash amount, and other items.

Samuel Akori had challenges walking due to his condition and for that matter had to crawl with his hands on the floor to move from one place to another.

Zosimli Naa II, Ife Bell, read a publication by DGN Online and was touched reason she’s come to his rescue.

Zosimli Naa II, assured of her continuous commitment and support to ensure that the Northern part of Ghana is developed and encouraged sons and daughters in the diaspora to come back home and support the agenda.