Adakabre Must Be Exposed For His Shenanigans! 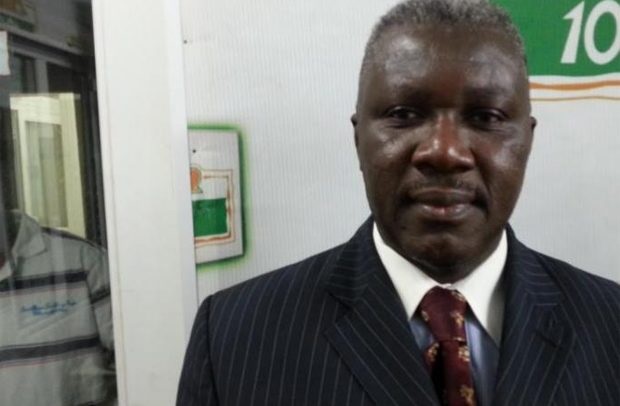 I’m very livid as I write this piece. I’m even struggling to type because my hands are unsteady as a result of my anger. But I will try to control it lest my BP rises to unacceptable levels.

From the heading, one can tell that the man under my microscopic lens today is one who responds to the name Adakabre Frempong Manso, host of a political talk show on Neat FM. It is a programme I vowed never to listen to because of the mischievous nature of the host. He is a host who will do anything to improve his programme’s ratings. Yes, the word ‘professionalism’ cannot be found in his lexicon.

I first got hint of his latest mischief on a pro-Elephant WhatsApp platform last Friday. It was reported that former President Kufuor and his brother, Dr. Kwame Addo Kufuor, had called into a live radio programme and exposed one Esther Nana Agyemang, a supposed member of the Elephant fraternity.

Surprisingly, however, all the commentary I have heard so far on the matter have centred on the woman. Many have vented their spleen on her, with others calling her all manner of names.

I do not have any beef with Madam Esther because President Kufuor and his brother have already done Justice to the issue. If Madam Esther has any shame, I doubt she will ever speak on radio again.

My beef is with Adakabre. He is the architect of the whole issue and cannot escape blame. Indeed, Madam Esther couldn’t have spewed those lies on air if Adakabre had not given her the platform. It is the reason I agree fully with Dr. Addo Kufuor’s assertion that Adakabre had been irresponsible for allowing his platform to be used as a medium for spewing defamation.

Listen to him: “Adakabre, you are a grownup, next time you should stop such people from defaming others; any nonentity just making unsubstantiated claims.”

Methinks the former Defence Minister had been very soft on Adakabre, but I do understand him. Dr. Addo Kufuor is a gentleman to the core so it is no surprise that he was very diplomatic. It is not in his nature to be abrasive so he couldn’t have been rude. It would have been a different ball game altogether if it had been someone like Hon. Kennedy Agyepong.

Mentioning Hon. Ken’s name brings to mind how the Member of Parliament (MP) for Assin North castigated him in 2012 for always setting up people he invited to speak on his morning show at Adom FM. Hon. Ken accused him of outright deception for making him believe that after apologizing to President Mills on radio, a leading member of Zu-za was going to reciprocate the gesture.

I also remember how the then Osono Deputy Communications Director, Sammi Awuku, upon arrival in the studio of Adom FM one morning, lampooned Adakabre for consistently trying to clash the heads of politicians. Sammi chided him for generating tension between politicians and among the populace, by unprofessionally inciting political activists to have a go at each other, without provocation. Sammi Awuku, who had one time boycotted Adakabre’s interview,  flayed him for constantly creating tension between the two leading political parties, and riding on the heated debates generated to enrich his popularity as a talk show host.

If you would recall, this same Adakabre was the one who engineered the infamous Amina Yutong Bus robbery story. Amina Mohammed, speaking on Adakabre’s morning show, claimed armed robbers had attacked passengers on the bus and forced male passengers on the vehicle to rape female passengers, including a father who was made to rape his 14-year-old daughter. Amina was arraigned before court “for causing fear and panic”, but was subsequently acquitted for lack of evidence.

This is the kind of host those riding on the Elephant are fraternizing with. If I were a national executive member of the Elephant, I would ensure a total boycott of his programme by the party until he apologized to President Kufuor and his brother.

Alas, I’m but a small fish in the ocean with no power in the Osono fraternity. All I can do for now is to call him out for the world to see him for who he is – a mischief-maker.