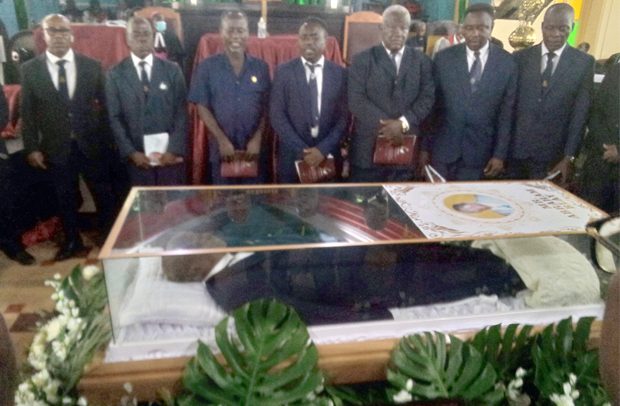 President Nana Addo Dankwa Akufo-Addo on Saturday joined the Blay family and hundreds of people in the Sekondi-Takoradi Metropolis and beyond, to mourn Abraham Blay, a brother of Mr. Freddie Blay, the National Chairman of the ruling New Patriotic Party (NPP).

The burial service, which was well-attended, took place at the Sekondi Wesley Methodist Cathedral. 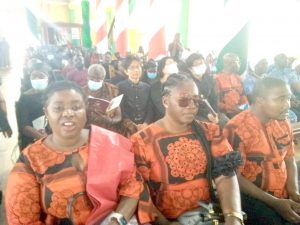 Some of the mourners

NPP stalwarts, including the Chief Scribe of the party, John Boadu, the party’s Youth Organiser, Henry Nana Boakye and the NPP National Treasurer, Abankwa Yeboah were also present to bid farewell to the deceased.

The late Abraham Blay, also known as Uncle Abbey, died on January 23, 2022 at the Korle-Bu Teaching Hospital in Accra after a short illness.

The deceased, born in Sekondi in 1946, was an educationist. He attended Mampong Technical Teachers College where he qualified as a teacher. 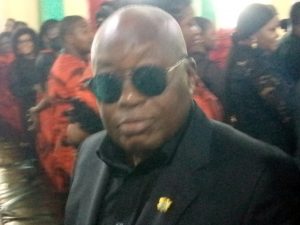 He later gained admission at the Advance Technical Teachers College (now University College of Education, Kumasi campus) where he obtained Bachelor of Education degree and Diploma in Industrial Arts.

He later got a scholarship to study in Madras University, India where he obtained a Postgraduate Certificate in Curriculum Planning and Education Development.

Tributes to the deceased were read by the wife, children, in-laws, grandchildren and the Blay family among others.

The wife, Madam Dorcas Blay, also called ‘Naana’, in her tribute described her late husband as an upright, decent and God-fearing man with high moral values.

Preaching the homily, Rt. Rev. Daniel Degraft Brace, the Diocesan Bishop of the Methodist Church in Sekondi said death is not the end of it all as had been perceived, adding, “It is appointed unto man once to die and after that judgment.”

Speaking on the theme: “Just a Reminder”, the Methodist priest said, “I am reminding you that one day we will all die. However, when and how we will die is a mystery.”

He asked the family members to continue to pray for God’s divine protection and not to grieve like people who have no hope.

The mortal remains of the late Abraham Blay were later buried privately. 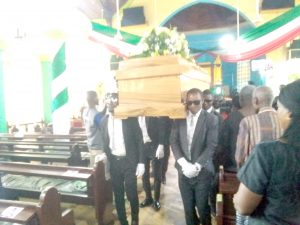