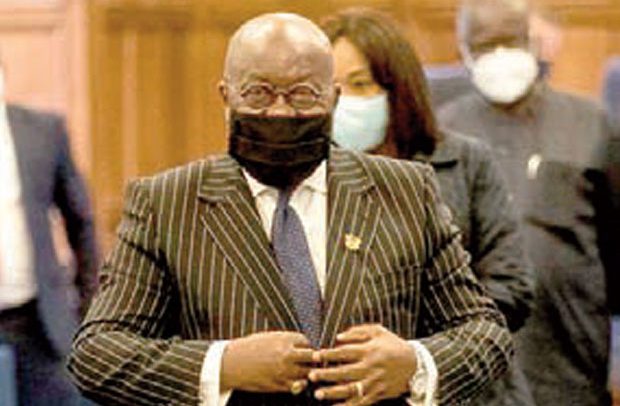 President Nana Addo Dankwa Akufo-Addo has nominated four judges to serve as Justices of the Supreme Court of Ghana in consultation with the Council of State.

In a letter addressed to Parliament dated Tuesday, July 26, President Akufo-Addo appealed to the Speaker of Parliament, Alban SK Bagbin to ensure the expeditious consideration of the nominees so that they can start work as soon as practicable.

The nomination, according to the President was based on advice given by the Judicial Council due to vacancies, some occasioned by death, at the apex court of the land, in accordance with Article 144(2) of the 1992 Constitution after a letter was written by Chief Justice, Kwasi Anin-Yeboah.

The letter from President Akufo-Addo’s which was read by the Speaker of Parliament explained that the nomination was done in consultation with the Council of State.

According to the letter, “I am fully satisfied that each of these persons is duly qualified and eminently fit to discharge the functions of the justice of the Supreme Court,” President Akufo-Addo’s letter read in part.

“Mr Speaker, it is my respectful hope and expectation that the approval of the nominees will proceed expeditiously to enable them to assume office as soon as practicable.”

This follows the induction of 10 new Justices of the High Court by President Akufo-Addo on Monday, 18th July 18, 2022.

The swearing-in ceremony was held at the seat of government, the Jubilee House in Accra.

The President said they were eminently fit and qualified for the position of Justices of the High Court, and have the impartiality of mind and independence of spirit necessary to hold the high office.