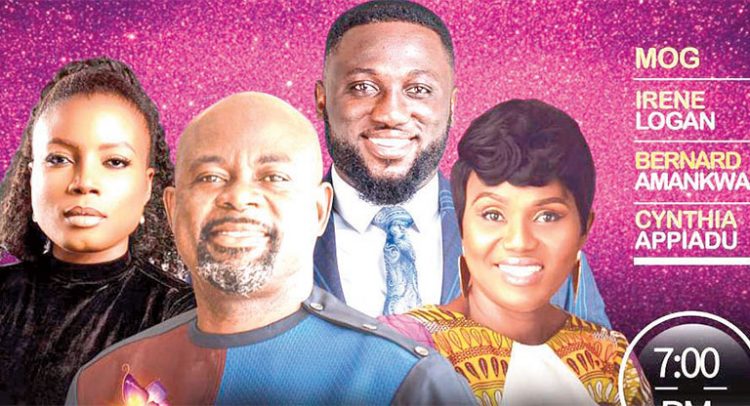 The much-anticipated gospel musical concert dubbed ‘Celebration of His Grace’ would take place this Sunday, September 20, at the National Theatre in Accra.

‘Celebration of His Grace’ is an annual gospel music concert which brings together Christians and gospel music lovers on one platform to celebrate Christ through praise and worship.

It also serves as a gospel musical platform for ministers of the gospel to reach out to God’s children through live musical performances.

This year’s concert, which is the 13th edition, will showcase spectacular live musical performances from anointed gospel stars like Bernard Amankwah (headline act), Irene Logan, Cynthia Appeadu of Daughter of Glorious Jesus fame, MOG and a host of others.

The organizers said they were confident that all the artistes billed to rock the event would thrill patrons.

From its humble beginnings in 2007, the ‘Celebration of His Grace’ concert has grown to become one of the well patronized and impactful events on the Ghanaian Christian calendar.

According to the organizers, a number of personalities including ministers of God, stakeholders in the gospel music industry and gospel music lovers are expected to attend the event.

Organized by Presence Ministry, the concert would be used to celebrate Bernard Amankwah’s achievements on the gospel music scene and launch his charity project.

Mr. Amankwah is one of the Ghanaian gospel artistes who have made tremendous impact in motivating and inspiring so many people both in and out of the church.

He is credited with several hit songs such as Presence, Almighty, The Glory Has Come and Holy and Mercy Rescue Me.

In a chat with BEATWAVES, Mr. Amankwah explained that the event was being organized to bring believers of the gospel on one platform to thank God for His abundant blessings.

The inspirational gospel artiste, who is the leader and founder of Presence Ministry, assures patrons of a memorable event that would forever remain fresh in their minds.  He promised that patrons who would attend the event would be touched by the Holy Spirit.

He expressed the hope that the event would impart into the youth an upright way of life with God’s guidance and also the need to glorify God always.

The concert will be streamed live on all social media platforms.

Guru Releases Video For ‘No Noise’