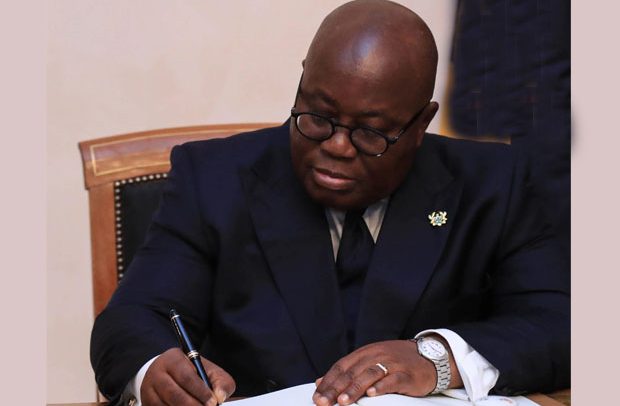 President Nana Addo Dankwa Akufo-Addo has terminated the appointment of the President of the Greater Accra School Feeding Caterers Association, Juliana Cudjoe as a Government Appointee of the Accra Metropolitan Assembly (AMA)

However, the reason for the revocation of her appointment is unknown.

Juliana Cudjoe was said to be leading a group of caterers to rebel against government as she has been vocal in advocating for the payment of members of the School Feeding Caterers Association of Ghana.

She has also been demanding for an increase in their feeding grants. 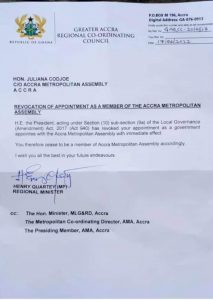