Another Accident Kills 2 In K’si 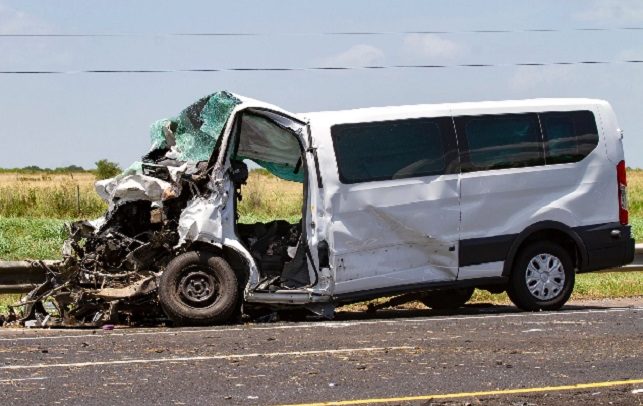 TWO persons including a 34 year-old driver and a female passenger, believe to be 50 years old, have died in a road accident at Pankrono near Kumasi.

The driver, identified as Bashiru Abubakar, reportedly rammed his Ssanyong mini bus into a stationary Man Diesel tipper truck around 2am on Wednesday.

The driver and the passenger, unfortunately, died on the spot and their bodies have since been deposited in the morgue for autopsy.

The Ssanyong bus, registered AS 3332, according to a police report, was loaded with vegetables from Atebubu towards the Kumasi direction.

“On reaching the Santol filling station at Pankrono, the bus rammed into the back of the Man Diesel heavy tipper truck No. AS 4028-20, owned by Kofi Job Construction Co. LTD, parked in the middle of the road, from the Ashanti Mampong direction to Kumasi.”

“The two occupants of the Ssanyong mini bus died instantly. The bodies have been conveyed to the Ebenezer Mortuary-Tafo for preservation and autopsy,” the police report disclosed.

The report, sighted by the paper, disclosed that the driver of the heavy truck, identified as Yussif Shaibu Seidu, 54, who abandoned the tipper truck in the road, leading to the crash, has been arrested for questioning.

Meanwhile, the police in Pankrono have cleared the accident vehicles from the busy road to ensure free flow of traffic as investigations into the crash is still ongoing.

‘Police Service Still Worth Dying For ‘