Bawumia Is One Of The Brightest Stars In Africa – Jason Emert 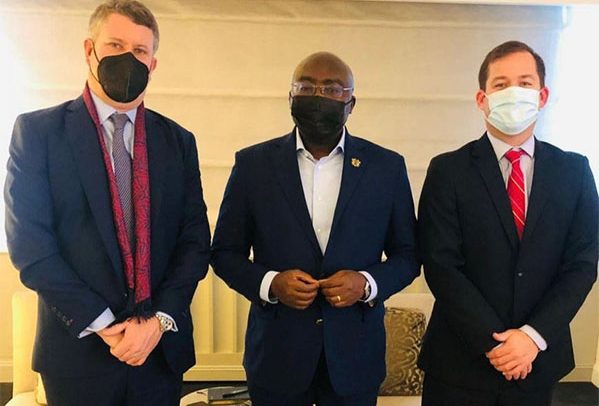 Chairman Emeritus of the Young Republicans and International Attorney, Jason Emert has described Ghana’s Vice President, Dr. Mahamudu Bawumia as brightest stars in government across Africa who is doing a lot of good for his country and the continent.

An elated Jason Emert who is also a former Chairman of the International Young Democrat Union (IYDU) and Young Republican National Federation was full of praise after meeting the man driving Ghana’s digital agenda.

A photo of himself and Dr. Bawumia shared on Instagram was captioned, “Happy to spend some time with the Vice President of the Republic of Ghana Mahamudu Bawumia in New York today after a few years. He’s one of the brightest stars in government in all of Africa who is doing alot of good for his country and continent.”

The Vice President is currently New York participating in the UN Security Council meeting. He would hold discussions with Secretary-General, Antonio Guterres today with a similar one scheduled for tomorrow with America’s Assistant Secretary of State for Africa, Molly Phee, in Washington, DC, the US capital, on Wednesday.