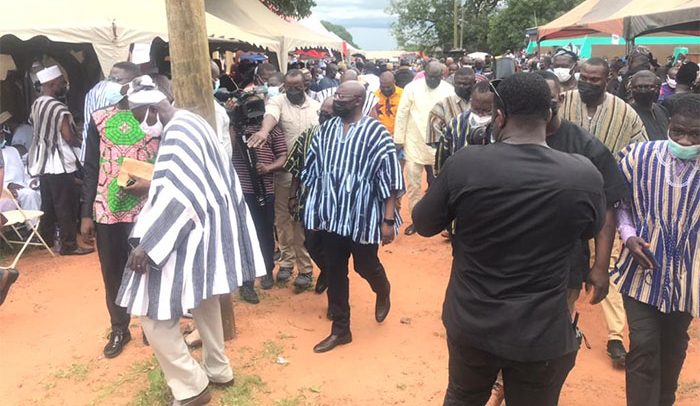 Hundreds of mourners are attending the funeral rites of the mother of Vice President Dr. Mahamudu Bawumia at Walewale in the Mamprusi Municipality of the North East Region.

As a devout Muslim, she being buried in in Walewale in line with Islamic traditions.

Several mourners are expected at the funeral which is underway as dignitaries have started arriving.