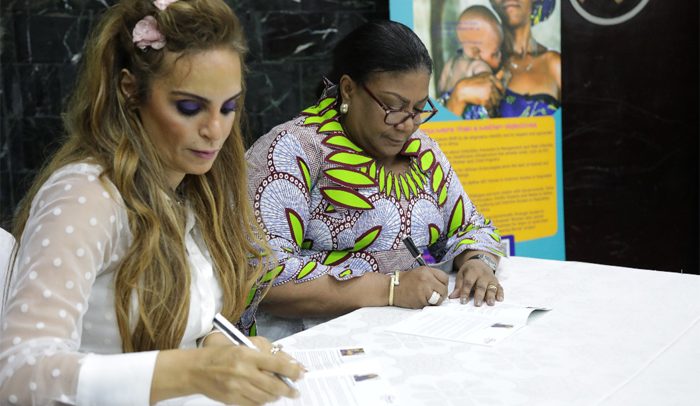 The Merck and Rebecca Foundations have launched a children’s story book on infertility.

The 19-page book titled “Kofi’s Story,” is to help strengthen family values of love and respect from childhood.

Both women had special messages addressed to readers to raise awareness on preventing infertility and how women can protect and also value themselves whether they were mothers or not.

Mrs Akufo-Addo speaking at the launch said although studies have shown that 50 per cent of infertility cases were due to men, women were still blamed for being infertile.

She observed that one in every four couples in developing countries suffered infertility, saying majority of these cases were attributable to untreated infectious diseases, female genital mutilation, unsafe abortion, and unsafe delivery.

“We need to encourage men to speak up and discuss their infertility issues openly and know that fertility is a shared responsibility,” adding that “infertility is not a curse, but a condition that could be cured,” she said.

Dr Kelej expressed her gratitude to the First Lady for her great efforts as an Ambassador to empower infertile women in the country.

She said the book was part of the “Merck More Than a Mother” campaign to encourage parents and caregivers to start teaching respect and nurturing empathy from a very young age.

She said the aim of focusing on young people was to create a culture, which ensured that children grew with a positive mind on infertility issues.

“This story is our way to empower our boys to develop true respect for women and know few facts about infertility prevention and how it affects both men and women equally” she said.

Dr. Kelej said it was believed that if boys were thought these qualities at their schools and through media, it would guide their actions and emotions as they grow up.