Can The Royal Family Survive After The Queen? Harry And Meghan’s Interview Reignites The Debate 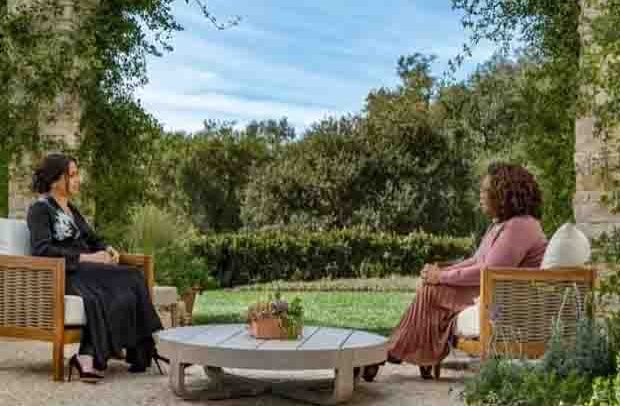 As the world digests the bombshell details revealed in Oprah Winfrey’s interview with Prince Harry and the Duchess of Sussex, it’s almost inevitable that questions will be asked of the British monarchy’s continued relevance in the 21st century.

There’s no escaping that the claims made in the interview are extremely serious. Meghan says that in her time as a member of the family, she experienced suicidal thoughts and that a senior royal had racist conversations about the color of her baby’s skin.
Harry talked of a lack of support and understanding for the toll that royal life took on the couple’s mental health, and added that the attacks they had suffered in the media could have come from “within the institution.”
The version of events laid bare in the interview paints a picture of an outmoded institution whose lack of flexibility left it incapable of accommodating people facing challenges that are entirely normal for public figures in the 21st century. Given the claims in 2018 that the union of these two people marked a massive step forward in modernizing the most famous family on earth, this is a tragedy, say observers.

“Harry and Meghan were superstars who could have been such a positive thing for the family in modernizing,” says Kate Williams, a leading Royal historian and professor of public engagement with history at the UK’s University of Reading. “The fact that it’s clear from the interview they felt they had no choice but to leave because the family failed to support them over racist abuse and clear mental health concerns is very troubling.” 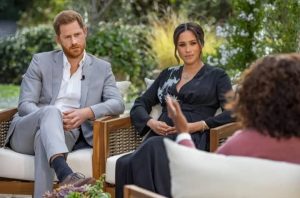 However, he points out that the Queen, unlike many other members of the family, is quiet and very rarely gives her opinion on anything.

It is possible that many conservative, traditionalist monarchists won’t be so happy with Charles ascending to the throne.

The Prince of Wales has talked at length in public about environmental issues and climate change, and it’s far from certain that supporters of his tight-lipped mother will transfer their affections.

What could be even more of a concern for the family, especially in light of this interview, is what younger generations think of the monarchy.
“Among younger people, support for Meghan is roughly the same as support for the far more traditional Kate, compared to older Brits who don’t like Meghan so much,” Twyman explained. “While we don’t know if this is an age or cohort thing and these people might become more conservative as they age, it is entirely possible that the generation who thinks the royals should maintain a stiff upper lip and not talk about issues like women’s rights and mental health will die out. To people from a certain generation, the idea of bowing to your grandmother every time you see her just because she’s the Queen seems insane.”

That concerns were raised, the couple said, about the color of their baby’s skin before he was born could have consequences beyond a PR disaster for the royals. The British monarch is currently head of state to many countries in the Commonwealth, a diplomatic coup for the UK.

“We know that some members of the Commonwealth intend to remove the [British] monarch as head of state once Elizabeth is gone,” said Williams. In many Commonwealth nations, Britain’s colonial past is already a difficult pill to swallow.
Meghan addressed this directly in the interview, describing how she thought her and Harry’s baby would provide an “added benefit” for people in the Commonwealth. “How inclusive is that, that you can see someone who looks like you in this family,” she said.

CNN has reached out to the royal family for comment.
For others, however, the fact that Meghan’s race had been such a prominent topic when she joined the royal family is a sign that claims of a modernizing monarchy were wishful thinking at best.

“Personally, I think it’s actually a good thing as it shows that all the noise around the wedding being a great moment for the royal family to become more inclusive was completely untrue,” says Kehinde Andrews, professor of Black studies at City University, Birmingham. “It’s exposed in an undeniable way the way in which racism exists in British society and how closed off an institution the royal family is. Silence and maintaining image is more important than actually doing anything that matters.”
If the royal family wants to move on from this, then it will have to go through a period of reflection and take the claims made by their relatives seriously. If the institution wants to avoid looking irrelevant in an diverse and modern Britain, then it needs to think back to the claims made about welcoming Meghan in 2018.
“What’s important now is that they don’t shelve the half-in, half-out idea that Harry and Meghan proposed initially. In 2021, are we really saying that more minor Royals can only be backups to William and Kate? If the family and the courtiers cannot see that a family like the Sussexes are a positive thing in the eyes of the public, then it has a big problem,” said Williams.
From a PR perspective, this interview is crushing for “The Firm,” as the royal family is often called. While we have not heard the other side of the story, the fact that two high-profile royals have been willing to go on the record to say that they felt so inadequately supported that one of them considered killing themselves is horrific.
Royalist supporters are already dismissing the couple’s claims as a performance. While this might go down well with a very specific group of people in Britain, there is no escaping what a damning moment this is for an institution whose future is far from certain once its current head is no longer here.