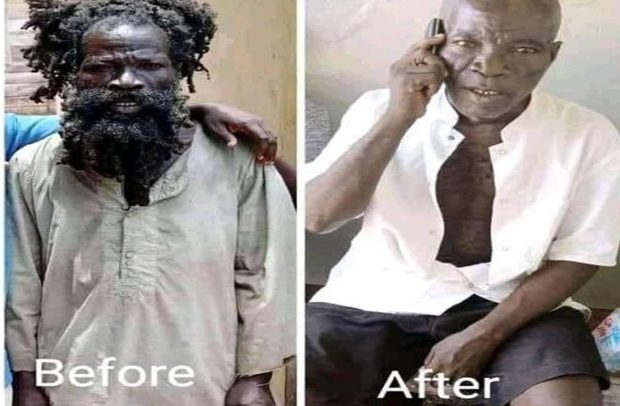 After shaving, he has been taken to a psychiatric hospital.

Mona Moobl3’s father during a recent interview with Kofi TV, disclosed that he (Mona Moobl3) was abusing marijuana and his problem started being worse from SHS 2.

According to the father, although his son is very smart and intelligent, the family noticed that he had started behaving weird and abnormal.

He noted that when he started acting mad, he was preaching about salvation and was encouraging people to repent and live their lives to please God.

According to him, he started buying and selling appliances like radio, umbrellas, torchlights, etc at a low prize and sells in high for profit but he never sold anything to them because he knew they won’t pay.

He revealed that he took his son to the Ankaful hospital for help and after several questioning and test, the doctors had no choice but to discharge him because nothing showed he was mad.