Dede Is Footballer Of The Year 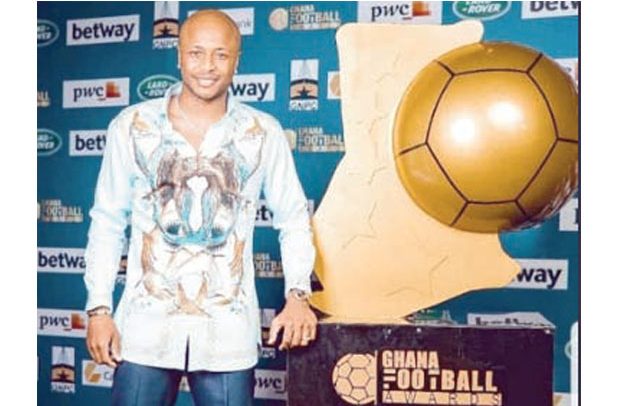 Ghana marksman Andre Ayew (Dede) has emerged as Footballer of the Year for 2021 by organisers of the Ghana Football Awards.

Ayew emerged tops for leading Ghana to book qualification for next January’s Africa Cup of Nations slated for Cameroon.

At club level, he was phenomenal having hit the back of the net 17 times and four assists helped the Swans to reach the playoffs, but missed out on promotion to Brentford.

Goalkeeper, Danlad Ibrahim, emerged as Goalkeeper of the Year.

Former Ghana captain Asamoah Gyan picked the Player of the Decade award, having led the senior national soccer side over ten years.

Youth and Sports Minister Yussif Mustapha commended the Ghana Football Association (GFA) for reviving the sport as well as the organisers of the awards.

Women’s Coach of the Year

Men’s Coach of the Year

Women’s Team of the Year

Men’s Team of the Year

Goalkeeper of the Year

Home Based Player of the Year

Player of the Decade

Footballer of the Year