Defending One Country, Two Systems, Guarding The Pearl Of The Orient 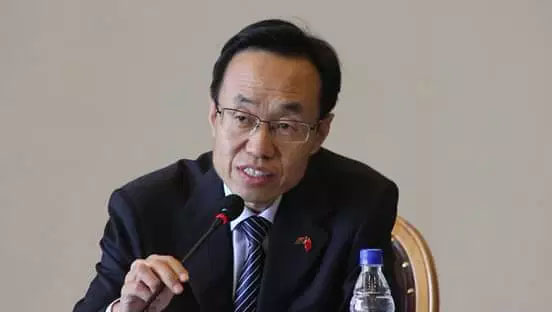 Since June, several large scale demonstrations and violent incidents have occurred in Hong Kong, which has aroused widespread concern in the international community. People who care about Hong Kong cannot help but ask, what happened to Hong Kong? Where will Hong Kong go in the future? Hence I want to clarify the following points.

Firstly, the cause of the incident was the amendments to the HKSAR’s Fugitive Offenders Ordinance and Mutual Legal Assistance in the Criminal Matters Ordinance in June this year. The aim is to incorporate the cooperation in handing over fugitive offenders and mutual legal assistance between Hong Kong and other parts of the People’s Republic of China into the sphere of application of the Ordinances, plug existing loopholes in the legal system, better combat crime and highlight the rule of law and justice. In the era of globalization and information, the cross-border nature of various crimes is very prominent. Combating crime depends on the close cooperation of various jurisdictions. No place in the world should be used by the criminals as a safe haven. Hong Kong has concluded arrangements on surrender of fugitive offenders with nineteen countries and regions, and arrangements on judicial assistance on criminal affairs with thirty countries and regions. However, there has yet such an arrangement between Hong Kong and mainland China, Macao and Taiwan, let alone cooperation on legal cases.  Hong Kong has been returning to China for more than 20 years, as part of China, it cannot carry out such cooperation with other parts of China. Is this situation normal? Therefore, it should not have been controversial from common sense to make up for the legal loopholes in this area.

However, some extremists, taking the amendments as an excuse, spread rumors, create fear and panic and mislead the public, deliberately create violence like storming the Legislative Council Complex, besieging the Liaison Office of the Central People’s Government in the Hong Kong Special Administrative Region (HKSAR), defacing the national emblem, insulting the national flag, attacking police officers, and even shouting the slogan “Hong Kong Independence”. Their actions have already gone beyond peaceful demonstrations, which not only seriously threaten the public security and social order and severely impact Hong Kong’s rule of law, stability and people’s livelihood, but also defied the bottom line of “One Country, Two Systems”. This aggrieves our families, but gladdens our enemies.

Secondly?”One Country, Two Systems,” has been proven a remarkable success. Over the past 22 years, Hong Kong has been prosperous and stable, ranking among the freest economies and most competitive regions in the world for consecutive years, and its position as an international financial, trade, and shipping center has been further strengthened. Hong Kong’s GDP has maintained a steady growth, hitting almost $360 billion in 2018, over twice that of 1996. The economic development and rule of law have also been among the world top. Hong Kong, the “Pearl of the Orient”, has been shining brightly.

Thirdly, when the British ruled HK, it established the colonial system by sending a Governor and had never given real democracy to local people. In 1843, Queen Victoria of the United Kingdom promulgated the Hong Kong Letters Patent 1843, also titled the “Charter of the Colony of Hong kong” as the basis for Hong Kong’s law system. From 1841 to 1997, the British sent 28 Governors in total as the Chief Executive of Hong Kong. The legislature was the Hong Kong Legislative Council appointed by the British colonial authorities. But under the “One country, Two systems” policy, the original capitalist system and lifestyle remain unchanged, and Hong Kong’s law system remains basically unchanged. Hong Kong residents are the masters of their own and manage their own affairs within the portfolio of the Special Administrative Region. Hong Kong residents enjoy more democratic rights and more freedom than any time in history, including high autonomy and the right of peaceful assembly and demonstration, which they never had under the British colonial regiment. The so-called erosion of democracy and autonomy in Hong Kong is totally untenable.

Fourthly, Hong Kong affairs are solely the internal affairs of China. The Chinese government will never allow any foreign forces to intervene in Hong Kong affairs, and will never allow any foreign countries to disrupt Hong Kong. The current biggest danger of Hong Kong is that some outsider forces are trying to turn Hong Kong into a bridgehead to attack and disrupt China, turning 7 million Hong Kong residents into pawns to contain China’s development. As everyone knows, the European and US police officers show no mercy in fighting against violence in their own country. For example, if someone sieges the Capitol Hill in the US or assaults a police, the US police will undoubtedly adopt resolute measures to restore stability. However, the US did not condemn acts of violence, but shielded the rioters and arbitrarily distorted the legitimate law enforcement actions which were very restrained by the Hong Kong police. This is a flagrant double standard. According to media reports, officials of the US Consulate General in Hong Kong frequently contacted the heads of “Hong Kong independence” organizations. Their purpose is to add fuel to the fire and further escalate the situation. They wish Hong Kong would be chaotic, they wish China would be chaotic. The most feared and hateful thing for them is the revival of the Chinese nation including the Hong Kong compatriots. Their plot will be doomed to failure!

Fifthly, Hong Kong’s immediate and overriding task is to stop violence, curb disorder and restore order. The rule of law is the core value that people of Hong Kong take pride in, the foundation for an enabling business environment, and the important cornerstone for prosperity and stability. We will not sit idle in facing the brazen outrageous violence by a small batch of people. Hong Kong cannot afford continuous turmoil and internal strife. If Hong Kong falls in chaos, the whole society must pay for the bill. The central government firmly supports the Chief Executive of HKSAR, Carrie Lam, in leading the HKSAR government to rule according to the law, the Hong Kong police in enforcing laws rigorously, the HKSAR government and the judiciary body in meting out punishment to violent criminals according to the law, and patriots and people who love Hong Kong in safeguarding the rule of law in Hong Kong.

Nothing is more beneficial than stability, and nothing is more detrimental than chaos. Maintaining Hong Kong’s prosperity and stability is in the interests not only of China but also of the rest of the world. Ghana is one of the first African countries to establish diplomatic relations with China. China is a good friend, good brother and good partner of Ghana. I firmly believe that Ghanaians from all walks of life can empathize with China, clearly recognize the truth, uphold an objective and fair position, fully understand and support China’s determination and efforts to safeguard national sovereignty and dignity and uphold “One country, Two systems”.

Justice lies in the hearts of the people. We believe that with the support of the central government and the forces of justice of the international community, and under the leadership of the SAR government, the ship of “One country, Two systems” will overcome any obstacles and sail steady and further.

The Pearl of the Orient will have a better tomorrow!

Female Soldiers Get On Parade