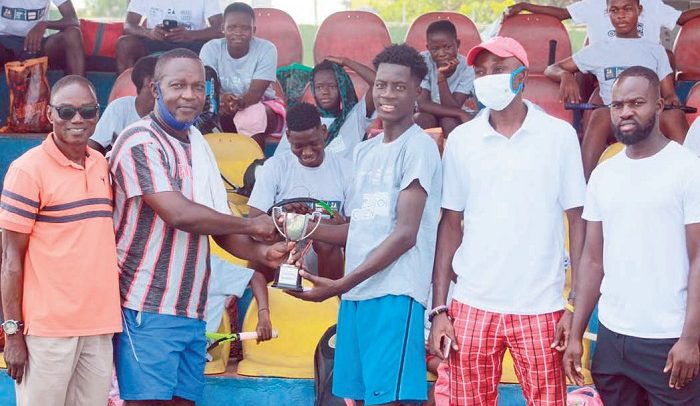 Dowuona won 6-0 6-0 in one hour five minutes at the National Tennis Centre, Accra.

Dowuona got off to a good start against Boateng, finding himself two early breaks to a 3-0 lead and maintained his fine form to win the set 6-0.

In the second set, Dowuona converted with a blistering forehead winner to win 6-0.

“I am proud I managed to find that fifth gear when I needed to,” Dowuona added.

Speaking to tournament organizer, Albert Sowah Anan, he said, “Seeing these kids train without any tournament was worrying, that was why Boafo and I thought it wise to do something for them, especially this festive season.”

He added, “Expect more tournaments from my foundation this year. Our desire is to get more children from the streets.”

The three-day tournament was sponsored by Boafo and Anan Foundation with support from Second Serve Tennis Shop and Tennis Foundation Ghana (TFG).