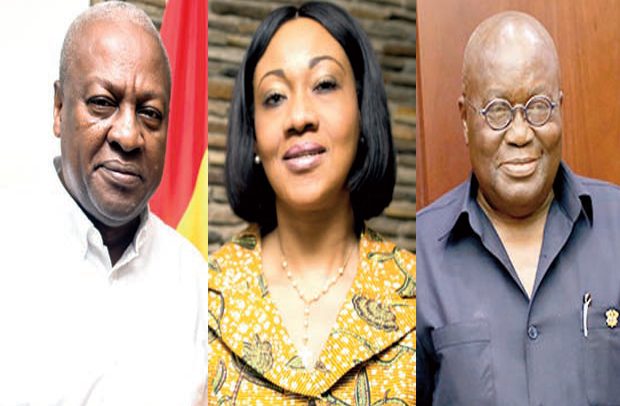 President Akufo-Addo and the Electoral Commission (EC) have taken their next legal steps in battling former President John Mahama’s petition challenging the results of the December 7, 2020 Presidential Election.

The two respondents have filed their respective witness statements as ordered by the Supreme Court on January 19, 2021.

Although the former President failed to meet the deadline of noon of January 21, the respondents had nonetheless gone ahead to file their statements, indicating how quickly they wanted the case disposed of, according to the dictates of C.I.99.

Furthermore, both the President and the EC have filed their respective written submissions to their preliminary legal objections to the petition, urging the court to dismiss the action of the former President.

The EC in its legal argument states that the former President’s petition is based on extreme speculations which amount to a waste of the court’s time.

The President on his part described the petition as incompetent and discloses no reasonable cause of action in terms of Article 64(1) and ought to be dismissed.

Mr. Mahama is before the Supreme Court challenging the results of the 2020 Presidential Election, averring that none of the 12 candidates that participated had more than 50 per cent of valid votes as required by law to be declared winner.

He is seeking the court to order the EC to organize a run-off election between himself and President Akufo-Addo.

But the EC and President Akufo-Addo in their responses denied the allegations, saying they were unfounded and the petition disclosed no reasonable cause of action and should not be entertained by the court.

The EC intends to call its chairperson, Mrs. Jean Mensa, as its principal witness and has thus filed a statement on her behalf.

The commission in its witness statement avers that per the results declared on December 9, 2020, President Akufo-Addo obtained 6,730,413 of the valid votes, which represented more than 50 per cent of the valid votes.

She further averred that “it was also clear that whatever results were outstanding at the time could not mathematically change the more than 50 per cent of the valid votes obtained by the second respondent (President Akufo-Addo).”

Nana Witness
The President, through a power of attorney, has appointed Peter Mac Manu, who was the campaign manager of the NPP in the 2020 general election, to testify on his behalf in court.

He stated that the petition was without merit and based on Mr. Mahama’s “unfounded and misconceived assertions.”

The EC in its legal argument, through its lead counsel, Justin Amenuvor, stated that the petition was based on “two extreme speculations,” which must both exist to sustain the claim that President Akufo-Addo did not obtain more than 50 per cent of the valid votes.

The first assumption, according to the EC, is Mr. Mahama’s decision to keep relying on an inadvertent error made by the EC Chairperson when she announced the results on December 9, 2020 although the right figure was known.

The EC affirmed that President Akufo-Addo obtained 6,730,413, representing 51.295 per cent of the total valid votes.

It also said that Mr. Mahama needed more than the work total valid votes figure announced by the EC Chairperson to sustain his petition.

The second assumption according to the EC is the former President’s decision to assign all the results from the Techiman South Constituency to himself although the outcome of the election in that constituency was known to him at the time he filed the petition.

“It is only then that the imaginary scenario he has created in paragraph 16 of his petition becomes possible in which the second respondent (President Akufo-Addo) obtained 49.625 per cent of the wrong valid votes.

“These two assumptions underlying the petition are non-existent and the petitioner has demonstrated that in his own pleading,” the EC argued.

“It is for the above reasons that we invite this honourable court to dismiss the petition. We further submit that the facts as pleaded do not disclose a reasonable cause of action. The petition does not merit a trial and it is a total waste of the court’s time,” the EC added.

Nana’s Argument
The President in his argument through his lawyer, Akoto Ampaw, stated that the petition primarily hanged on the initial error made by the EC Chairperson when she announced the results.

“At the heart of the case of the petitioner, are the unfounded and exaggerated extrapolations petitioner makes out of the erroneous interchanging of total votes cast for total valid votes cast by the first respondent (EC) when declaring the results of the presidential election on December 9, 2020,” he stated.

The President also questioned Mr. Mahama’s relief seeking a re-run, saying it “simply defies logic and is utterly untenable. In effect, petitioner entreats the court to embark on a fruitless exercise to order a second election based on a skewed hypothetical analysis which completely ignores the actual votes obtained by himself as well as all other candidates in the Techiman South Constituency.”

It is the case of the President that the petition is a suit challenging the declaration of the results rather than the election itself as the facts relied on by Mr. Mahama made it more than apparent.

“There is no challenge mounted by the petitioner about the conduct of the election at the 38,622 polling stations and 311 special voting centres in the country,” he said.

However, the President averred that a cursory look at the figures involved in the allegation of vote padding is a “meagre 5,662 votes which cannot materially affect the outcome of the election.”

In the case of wrong aggregation of votes, he argued that the figures involved are a paltry 960 votes which were not assigned to any candidate as contained in the petition.

“In any event, the sum aggregate of these alleged infractions cannot have any substantial effect on the outcome of the election in which 2nd respondent (Nana Akufo-Addo) won by over 500,000 votes.”

“It would therefore be a complete waste of this honourable court’s time for a trial to be mounted on account of these allegations of infractions,” the President argued.

The two respondents are therefore urging the court to dismiss the petition for disclosing no reasonable cause of action in terms of Article 64(1) of the 1992 Constitution.