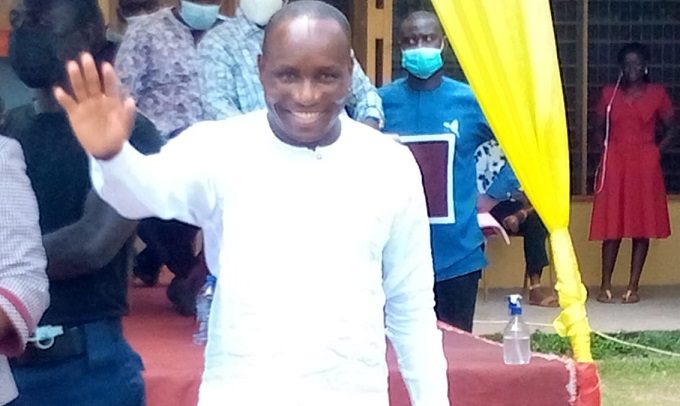 President Nana Addo Danquah Akufo-Addo’s District Chief Executive (DCE) nominee for Ellembelle in the Western Region, Kwasi Bonzoh, could not secure the requisite two-thirds majority votes by the local assembly to be confirmed.

The election was observed by key persons including the Western Regional Minister, Kwabena Okyere Darko-Mensah, the Member of Parliament (MP) for the area, Emmanuel Armah Kofi Buah and the Regional chairman of the ruling New Patriotic Party, Francis Ndede Siah.

The Western Regional Director of the Electoral Commission, Angelina Tagoe, announcing the results explained that since the nominee polled over 50% of the total votes cast, there will be a second round of the voting within 10 days after the first voting.

Prior to the voting, the appointment of four of the government appointed assembly members were revoked and replaced with four different people.

However, the Regional Minister explained that, that law has been amended and that the president has the discretionary powers to revoke the appointment of any of his appointees.

Emmanuel Armah Kofi Buah earlier appealed to the assembly members to conduct the exercise in a peacefully manner adding “You have done this several times and I believe this one will not be anything different”.