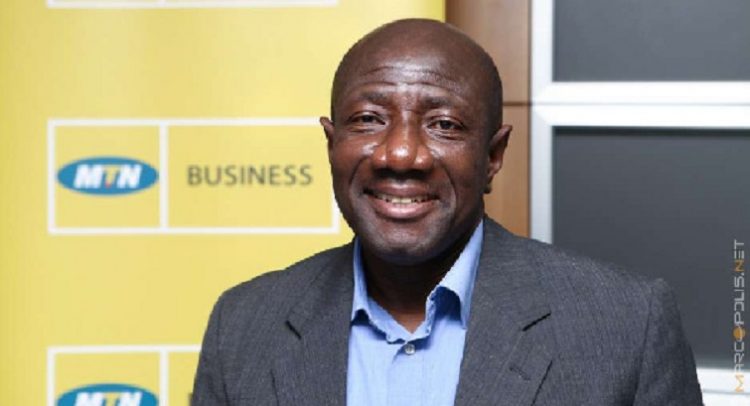 MTN GROUP Vice President for West and Central Africa, Ebenezer Twum Asante, has urged Ghanaians to embrace the national identity digitisation programme by the government to build the economy.

According to him, the national identity digitisation, as single-source identification for everything, should be expanded and fast-tracked as a prerequisite for building a modern society and the economy.

Addressing post-graduate students of the University of Ghana on Friday, Mr. Asante said when societies are less organised, law and order suffer while social and civic responsibilities get undermined with economic incentives skewed.

For him, resources are poorly generated and allocated whereas poverty and unemployment become endemic in a less organised society, hence the need to leverage on technology to put the country in order.

“I am very pleased to be here today and to join you on this august occasion as my first formal engagement in the New Year,” he told the students and congratulated them for studying and graduating in a most globally disruptive pandemic period.

“In these times of uncertainties and anxieties, it takes some stubborn courage to pursue a demanding programme such as postgraduate studies in an equally demanding University like my alma mater,” he noted.

Mr. MTN Group boss said the COVID-19 pandemic had taught world many lessons and confirmed human vulnerabilities, if one looks at what has been described as “Vaccine Apartheid.”

“Another reminder, that the global share of selfishness remains high. But beyond complaining, let’s play our part. It may be a clarion call to Africa to lift the selflessness balance and as the saying goes ‘Put our destinies in our own hands.’ Your degree therefore, should also serve others,” he indicated.

“Let me say upfront, the law of random distribution will suggest most of you will do okay, others may do well, whilst a small proportion will be extraordinary.”

“No matter where you find yourself, take a stand that you will diligently apply yourself to defy the odds of the bell-curve of life, with conviction and ethical values. Having said that, I also believe it is better to be just okay than cut corners in search of greatness,” he admonished.

Mr. Asante also charged the graduating students to make the focus of their degree solving and uplifting problems adding “It would take you way beyond securing the hard needed employment, the promotion or career you so dearly desire.”

“In Ghana, a lot of people are being encouraged to be entrepreneurs, which is very good. To me, being entrepreneurial means taking ownership of and actively making use of your ideas, talents and knowledge for a living,” Mr Asante noted.

He also wants the students to pursue their lofty dreams and ambitions but get going with a niche within their control so that those can help them build a base in readiness.

World Economic Forum Meets From May 22-26