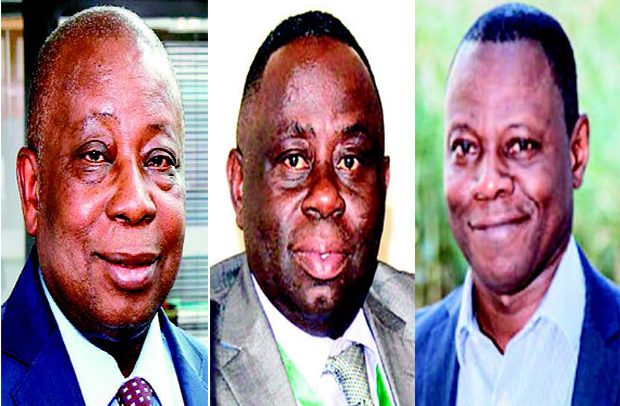 The suspected cases of coronavirus recorded at the Korle-Bu Teaching Hospital (KBTH) in Accra have tested negative for the deadly disease which started in China recently.

Results from the Noguchi Memorial Institute for Medical Research (NMIMR) in Accra, where the blood samples of the two suspected patients — a Chinese and an Argentine — were taken for examination, did not show any trace of the deadly coronavirus infection.

Earlier, there were only two known reported cases from the KBTH but the Ghana Health Service (GHS) is now saying that there are other seven suspected cases being handled by the health authorities but it has not named the facilities in which they are in.

“Here in Ghana, we have recorded nine suspected cases including the recent two from KBTH. All of these cases have tested negative,” a statement from the GHS said yesterday.

“We wish to provide assurance to the people of Ghana that the government, Ministry of Health/Ghana Health Service, working in collaboration with partners, are doing everything possible to prevent and protect against the importation of the virus into the country and prevent spread,” the statement said.

The KBTH isolated the two foreigners after they reported to the premier health facility with symptoms of the coronavirus infection on Wednesday.

The two individuals have been residing in Accra for a couple of days prior to the manifestation of symptoms similar to the viral infection.

The Director of Medical Affairs, KBTH, Dr. Ali Samba, said the two patients who reported to the hospital late Wednesday afternoon had been quarantined at the facility.

But before the results were released by Noguchi yesterday, there was fear and panic among both health personnel at the hospital and the public mostly due to uncertainty of the outcome of the test.

Doctors and nurses were seen vacating the Accident and Emergency Centre where the patients suspected to be carrying the virus were being quarantined.

But the Chief Executive Officer (CEO) of the KBTH, Dr. Daniel Asare, in an interview with the media after the results were released, said “there is no need for fear and panic.”

He said the hospital was well equipped to handle cases of influenza and urged the public to remain calm and trust the healthcare system of the country.

Professor William Ampofo, Head of Virology Department, Noguchi, where the test was conducted, confirmed preliminary tests results on the samples were negative for the viral infection.

He reiterated that the medical research centre had the capacity to provide the needed technical support to the Ministry of Health to effectively test and manage any suspected case of the viral infection that may be recorded.

Meanwhile, the National Coordinator for Port Health at the GHS, Dr. Dennis Laryea, said port health officers isolated one traveller who was showing symptoms of the virus at the Kotoka International Airport.

He said the person after going through the screening was kept in isolation for about six hours while tests were conducted.

He, however, noted that the tests results showed negative for coronavirus.

A visit to the airport earlier this week showed port workers in protective clothing screening travellers entering the country.

Also, Public Announcement (PA) systems were mounted on the luggage belt educating travellers on what coronavirus was, mode of transmission and what to do when infected.

The Minister of Health, Kwaku Agyeman-Manu, said the country had put in place all the necessary measures to prevent the entry of any case of coronavirus into the country.

Already, he said the government had allocated an amount of GH¢2.5 million as start-up towards the implementation of national response plan for the deadly coronavirus.

The Ministry of Health has also initiated the process to procure 1,000 additional pieces of personal protective equipment for use by all frontline workers.

Mr. Agyeman-Manu said surveillance at the borders, especially heavy traffic entry point, had been enhanced, adding that travellers are now required to fill a health declaration form to extract salient information to assess their risk profile.

“Four health facilities have been identified as treatment centres at Tema General Hospital, Ga East Hospital, Ridge Hospital and Police Hospital. Furthermore, all the Teaching and Regional hospitals have potential capacity to treat cases,” he said.

But Ghanaian students in Wuhan, China, where the virus originated from are calling on the government to evacuate them immediately as the death toll of the deadly coronavirus rises.

According to them, the city of Wuhan is in a lockdown, making it difficult for them to get access to their basic necessities.

They say the situation in Wuhan has left some of the Ghanaian students emotionally traumatized.

“Wuhan is on lockdown. No transportation services, pharmacies are closed down. We are in our dormitories and the fear, anxiety and emotional trauma some of the students are going through is overwhelming,” he added.

But the minister has indicated at a press conference that there was no need to evacuate Ghanaians in China, adding “the Chinese Ambassador has assured us that they are working to protect Ghanaians in China just as they are doing for their citizens.”

He said should the need arise for evacuation of Ghanaian citizens, due process, as laid down by the World Health Organization, would be followed.

Ebony Reigns Is 2 Years On Saturday